Bicyclism emerges as a religion... 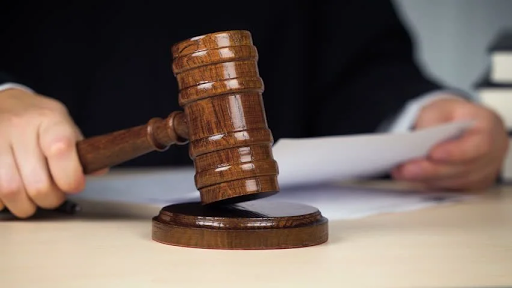 There was uproar at the start of the Sodden Prickney Parish Council meeting held in the spacious, but empty, new sports emporium, just along from Aldi, on Thursday last week. To maintain social distancing, all members sat on chairs 6'0" apart, around the outside of the half-acre £3.5million Splenderama, shouting at each other continuously, or using tin cans and string to communicate.

The Member for Drains and Waste, Cllr Basil Kalshnikov, surprised the meeting with a sudden shriek of pain, followed by a whimper of agony as a bonus, as it had emerged during the day, that he had received a serious cranial contusion from his squeeze, Ms Edwina Baggage. It emerged that while he had been grasping Ms Baggage in the broom cupboard - a regular occurence, a small urchin from the local orphanage had popped his head round the door, and taken several pictures of the amorous embrace with an iPhone the size of a television set! Ms Baggage has been an exponent of Bicyclism for many years, and has made her religion well known to just about every red-blooded gentleman in the village, and nearby townships,who earns more that £30,000.

The Chairman, Cllr Ron Groat, decided to hold an enquiry into the incident, and called for a vote. The commotion began to reach a crescendo, when all twenty-seven members demanded copies of the photographs, and without consulting the Chairman, the Secretary, Miss Amelia Newt, forwarded the said pictures to everyone's mobile phone. She hadn't realised, in her disturbed state of eight vodka-tonics, that the list of members included a member of the press, Gina Lollalollers, who also had a second cousin who 'worked' an autocue-reader on the local BBC radio.

The commotion decibel count increased as Cllr Norman Wibble screamed that he thought he was the only member allowed to use the broom cupboard for such purposes, and demanded an adjunct to the enquiry. Matters were made worse when thirteen more councillors also began to express dismay, as they also thought that Ms Baggage had confined her lust to their sole presence! One councillor was in fact Ms Cynthia Molestrangler, who had been forced to use an even smaller broom cupboard in the old council offices near Tesco, which were pulled down for the 564,000 s.f. retail extravaganza all those years ago. But she maintained that she had never realised that both of them had been in there at the same time as someone had pinched the light bulb!

After several hours of constant yelling, cries of 'sod everybody', mainly from Cllr Kalashnikov, who was Polish once, the lights all went out in the normal 10.00pm power cut, and only the ocasional grunt from any councillor who had missed out on the opportunity for more action with Ms Baggage, was heard in the gloom of the dull, wet, June evening.

Birdsong and 'The Supernatural Anaesthetist'...

Elder Daught (ED), came up with an interesting theory over the weekend.

I asked her why I keep hearing - in my head - the seminal song from 'The Lamb lies down on Broadway', 'The Supernatural Anaesthetist'!

Now ED knows a fair bit about this fabulous album; she actually made a professional study/programme about the story, while at college, and that was from a copy of a copy of a tired old cassette tape I had given her! I still love the introduction chords, and still can't play them like Steve Hackett...

But she suggested that the 'earworm' I am getting constantly, is because of Summer birdsong! Now this is interesting, because around here at any rate, the birdsong about now is terrific, with young birds and exhausted parents (feathered), rushing about everywhere, and she may well be right! But I've yet to identify which bird it it's coming from, so may have to ask Bill Oddie!

An interesting take on all this, is that from December onwards, the earworm is in fact a short guitar riff by Sparks, around 60 seconds in... 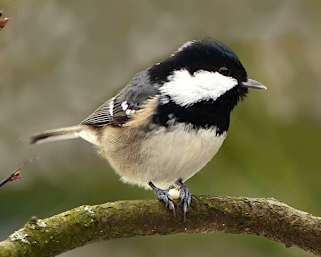 What a great new place to go for unbiased news!

When so many citizens in Great Britain are just fed up with most of the dross the BBC is churning out - paid for by the iniquitous TV tax, it was bound to happen that a proper alternative would arrive sooner or later, and here it is!

The website is on 'favourites' chez Scrobs, and will be the normal spot for unfaked news from now on!

The other night, somewhat sleepless but looking forward to the day ahead, Scrobs turned on a small wireless and caught one of the most enlightening snippets heard in a long time!

It was Colin Murray having a chat with one of the team at Strawberry Field, where John Lennon used to visit sometimes, and become involved with the place. Sadly, I can't remember the lady in question, but to listen to her kindness, dedication and general humility was moving and enlightening. The site is here.

Back in the 1960s, when I was a surveyor in London, one of our clients was the Salvation Army - or 'Sally-Anne' as we called them, and they really did do some fabulous buildings. Their professional teams were superb,  and we all rather liked the normality and quiet business-like manner of the work. Of course they paid well and promptly too!

Although I've never visited Liverpool, I reckon that the first visit I might make would be to this lovely place - then I'd drive over and buy Thud a huge drink!

I think for the first time in many years, Senora O'Blene and I have caught the lurgy associated with a dodgy bottle of wine...

We were given a case of a decent Cotes de Rhone about 18 months ago, and just one bottle remained until yesterday. It seems to have really upset the whole system, and the coincidence is too clear!

Question, do bottles still deteriorate when stood up, and are not left on their sides? This bottle had a real cork, not a screwtop!