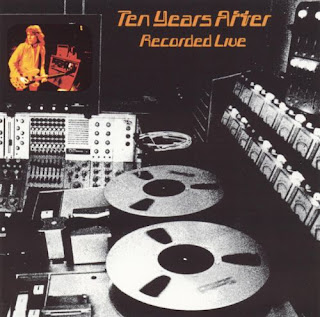 This week, Scrobs can celebrate ten years in the amazing blogosphere!

Yup, it was ten years ago that the first trembling keystrokes hit the net, and a new wandering soul joined a great crowd of lovely people!

I suppose the immortal http://scottonpinkneyblogspot.blogspot.co.uk/ started it all off for me, with some hilarious moments and many happy hours trying to keep up! By coincidence, the site has returned only recently, and of course, retains its original stature!

We've lost several good people along the way, The Beast, or Peter Hitchens as he was back then and dear old Mutley the dog, who is sorely missed! Lots of other names have moved on, like The Lakelander, Tuscan Tony, Idle, Ed, E-K and many more, which is a pity, but so many other ways to mix in have developed since then like Twatter and Bookface, and the lethal Linkedin, which is like a rash only worse! I just feel safer knowing that at least I can edit my own mistakes before sending a dubious message while outside a few tinctures...

Blogging ten years ago was also a serious antidote to the dreadful recession brought on by the Blair/Brown experiment in screwing the country, and every opportunity to escape the concern of a dreadful economic situation helped an anxious Scrobs through trying times. Things were not great back then, but now, with new opportunities through Brexit and a final good riddance to those awful Labour years, and of course the magic retirement kicking in with gusto, the future is so much brighter and more positive!

Thinking of the blogs that are still around, It's always a pleasure reading Blue Eyes, Bill Quango and of course Nick Drew, who still calls by here occasionally! I'd have loved to join them for their Christmas bash, but as I keep away from London as much as possible now, I always miss out! I even missed Old Holborn's visit to the Clarence, by several hours too, so that's another hero worship episode I missed! A.K.Haart always brings a smile, even when he's being serious! Looking back at comments from that time also brings so many more old chums out into the air! I actually spoke to Daisy when she was about to fly home! Of course, Reevers is a stalwart here, and always good for a reply, for which I'm eternally grateful, especially as there aren't as many of us around to comment!

Other bright spots like meeting Lilith and Elby, having chats with Pips and getting serious computer help from The Lakelander has made all this online stuff an honour and a pleasure, and I hope in another ten years I'll still be able to plonk a few more posts around, with whatever a computer will look like then! Mine will probably still look like the kit above anyway...
Posted by Sen. C.R.O'Blene at 10:18 am 14 comments: 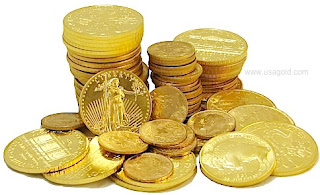 There was yet another chaotic disturbance at Sodden Prickney's monthly meeting last Thursday, when it was announced that after the next local election, no members would be able to charge expenses and wages for family members. The decision had been taken by an overpaid crowd called IPSA, presumably funded from an island in Greece.

Sid Trumpet, who more or less runs the whole council these days, on account of Basil Kalashnikov sectioning himself, (not a pretty sight - Ed), announced that he couldn't give a damn, as he had enough money of his own, and also owned a string of garages. and as the mandatory uniform of a full length sheepskin coat and tweed cap was classed as a business expense, he charged no more to the hard-pressed general public.

Basil Kalashnikov, in a rare lucid moment (are there any - Ed), complained that the salary list of his family, plus two 'partners', a parrot for the answer phone, his eight children of assorted hues and nationalities and an aged aunt as a receptionist in his shed was a necessity to keep the wheels of local governance moving smoothly, and refused to come out and discuss the matter further without his bent solicitor, Herr Wilhelm Nargh taking notes and gabbling into an old Nokia.

Ms Cynthia Molestrangler went even further, and stripped off in protest, much to the annoyance of Norman Wibble, who's been trying to get her to do that for several years, but in the safety of her own home, but nobody else took much notice, so she had to stand there in the draught until someone put an old raincoat round her and ushered her to the geezerbird toilets to calm down.

The local press, under the influential Bicycling column headed up by Ms Edwina Baggage thought it was a good idea as Mr Kalashnikov's seven bedroom sheltered gated community home was not to the taste of most people, who seemed to be paying for all of it, but she was pointed at by Mr Nargh's ring-finger, and decided to say nothing further.

So there you have it, little local councils have to pay for their own stuff, and real business people carry on doing what they do best - earn their dosh!
. 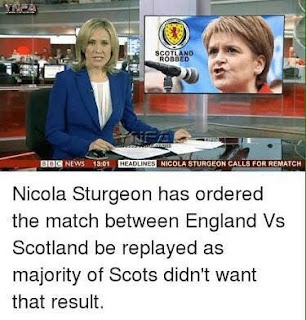 When I was at boarding school, back in the fifties and sixties, I made many good friends; and also, sadly a few serious enemies.

I suppose that now I am in my late sixties, I should be constantly thinking of Daughts, grandchildren, gardening, pensions and lunch with old farts like me and Mrs Scroblene! And I do all of these things, very easily, without concern for anyone else (except for the said Mrs Scroblene, who is my pride and joy and definitely not an old fart - sorry Mrs S - slip of the keyboard)!

But it is a funny (not funny) recall that comes to me on occasions, on how I dealt with people who were unkind to me, back when I was at school.

I was never physically bullied as I could swing a punch as good as the next lad, but there were some chaps who were the type who just made a life nasty because of 'teasing'. It got to me seriously, as being an emergent Scrobs, with all the world at his feet, and despite wanting to like people first, some little-minded git would try and knock me down for reasons only known to himself, and think he was better than me.

I've never really bothered about anyone claiming to be 'better', if that's what they believe, then good luck to them, but just don't knock a more normal sort of bloke, eh?

I learned only yesterday, that the person who caused me such grief back when I was a simple teenager, died from a heart attack last year. He'd been a journalist of sorts, and was something high up in the Daily Mail, but as a lovely family member recalls (as she used to work for him') he hadn't changed, and was still a nasty little shit back then.

So 'bye then asshole. You caused me much pain and turned good friends against me, and you also hurt many others when you became a 'senior' at school. You're dead now, and I feel great about that.
Posted by Sen. C.R.O'Blene at 8:18 pm 14 comments:

President Trump is all over the slimy gits trying to nail him for various 'ingenuities', and the MSM (sods who chafe), are getting absolutely nowhere.

Lovely times, for people like Scrobs. I'm fed up with the biased BBC, the Groanead, the Telegraph and the lefty US press like the Washington howsyourfather,...

I'm so old, that I can remember when the BBC were an organisation to be admired!