Do South Africa deserve to win...

I don't know whether to laugh or cry...

Watching Wales versus South Africa this morning, I began to wonder whether the first two-thirds of the game was better than watching Dulux dry in the shed!

But then it took off! Chases, kicks, tackles, mauls (what are they - in my day they were 'loose scrums')!

But there again, although your compatriot Scrobs was an educated man from The Brecon Beacons, and well known for banter and beer, I was dreading a win for my adopted second-choice in the game.

If Wales had won, it would have been a barnstorm World Cup Final of England versus Wales, in a foreign country, away from home and real beer, and the triumphalist passion would have really mucked up my recognition of the whole contest. I mean, you just cannot have two of the greatest teams in the world playing against each other in a stadium as far away as Yokohama!

It's just not British!

What an awful man is Scrobs. My great business partner and I regularly toasted Wales with several tinctures, as we vowed to support them always, unless they were playing England. But this time, I just couldn't countenance a tussle with the old enemy, in a match as far away as Japan.

Dialect and her ducks... 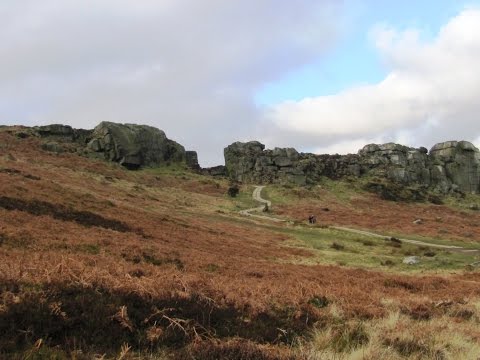 Scrobs was chatting with a chap in the village other day, and learned that he used to live in Ilkley, Yorkshire.

It only took a few seconds to get the new acquaintance to start singing the anthem from that particular location, and, more interestingly, he described the song and provided a translation!

Scrobs on the right, feeding the family, Sevenoaks still in mourning for their iconic trees.

Outcasts, the story repeats itself...

While chasing down another lead recently, I found this...

It took him years to get it published, and looking at some of the comments in some of the chapters, you can understand why everyone dropped it like a hot brick!

As an aside, I hope the good binmen of Caerphilly don't have to experience the dire consequences of the prison scene!