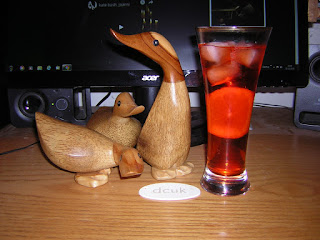 Just as a final 2018 post, here's a pic of this year's success in festive tincturement!

On stern, knowledgeable advice from Elder Daught, we forayed to Waitrose for Prosecco, Aperol, oranges, ice and Club soda, for a great experience!

I prefer more ice than soda, as it's usually quality over quantity these days, but, WOW, isn't a real Spritz a great imbibable pleasure!

(And you thought this was a post about ducks didn't you...)!

Some time ago, Scrobs posted a piece about Ipad music apps and progs. These apps are just superb for an ageing old fart, re-creating music which was just a dream all those years ago.

As our 3rd Gen Ipads don't take new apps (not that we use many, but Senora O'Blene's machine was becoming a bugger to start up, often requiring a few hundred 'swipes' to get it going), after a quick foray into a Black Friday deal, we got two more, and the better off we are for certain!

As we never watch live TV, because it's nearly all leftie drivel, poor sleb stuff, crap equality rubbish and gender twonking, we either read a good book, or get into some good Youtube clips - some from way back, when entertainment was earned and enjoyed. Ipads are perfect for this.

The new Ipad has an updated version of Garageband, which is a complete joy to fiddle around with! It's free, and has so many bells and whistles that I'm still learning how to even start the whole thing off, so it'll be a great New Year!

One of my favourite pieces of music is still mystifying me.

What is the percussion 'clunk' instrument Kate Bush uses throughout the piece?

I just can't find it anywhere in any 'library', and am still going around the kitchen with various implements clonking on the kettle, the toaster, the window - in fact everywhere, and I still can't find out what it is!

It has to be this one!

I've always been a big fan of Mike Oldfield, ever since I watched him play Tubular Bells on the 'Arena' programme, back in the early seventies!

Just turn up the volume and soak up the happiness!

Happy Christmas, one and all! 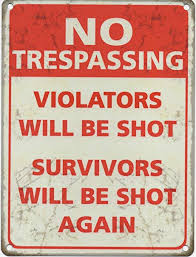 What is it about our blasted government?

Scrobs usually keeps politics out of this site, although back when Blair and Brown were intent on ruining the UK Inc, there were several inroads in the disgusting pile of ordure they built up...

But why has it taken that bloated crowd in Whitehall nearly two years to realise that after we said 'Leave the EU', we meant it!

At long last, despite the awful biased BBC, the irrelevant Labour bunch, and assorted losers like the Lib Dems etc, the trend is now to get out and stuff the lot of them!

These people should lose all their benefits, pensions, perks, expenses and the rest, and should hang their heads in shame.

Hurrah! Out - and two fingers to Brussels is the right option!
Posted by Sen. C.R.O'Blene at 6:24 pm No comments: 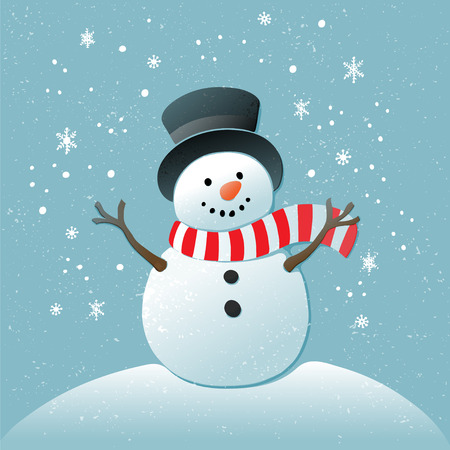 8:20 – The gay couple living nearby threw a hissy fit and moaned it could have been two snow men instead.

8:22 – The transgender man...women…person asked why I didn’t just make one snow person with detachable parts.

8:25 – The vegans at the end of the lane complained about the carrot nose, as veggies are food and not to decorate snow figures with.

8:28 – I was being called a racist because the snow couple is white.

8:31 – The middle eastern gent across the road demanded the snow woman be covered up.

8:40 – The Police arrived saying someone had been offended.

8:42 – The feminist neighbour complained again that the broomstick of the snow woman needed to be removed because it depicted women in a domestic role.

8:43 – The council equality officer arrived and threatened me with some sort of writ.

8:45 – TV news crew from the BBC showed up. I was asked if I know the difference between snowmen and snow-women? I replied “Snowballs” and am now called a sexist.

9:00 – I was on the News as a suspected terrorist, racist, homophobe and sensibility offender, bent on stirring up trouble during difficult weather.

9:10 – I was asked if I have any accomplices. My children were taken by social services. (bit silly that, they're in their forties).

9:29 – Far left protesters offended by everything marched down the street demanding for me to be arrested.

There is no moral to this story. It is what we have to put up with, all because of snowflakes.

That time of year...

I still love this piece of music.

The first time I heard it was during the film 'Home alone', and thereafter, our girls sang it at their school carol concert, and we bought a version which we usually play when we put up the tree a few days before Christmas.

This version is just stunning! I love hearing a good tenor voice, and was brought up listening to the classics of Heddle Nash, and yes, Harry Secombe!