I'd have thought that the 'furore' surrounding the Beebolids saying that their 'younger' audience say that Wossy and Brandypoos should not be kicked out, is fuelled mostly by the fact that most of these kids don't pay the TV tax. 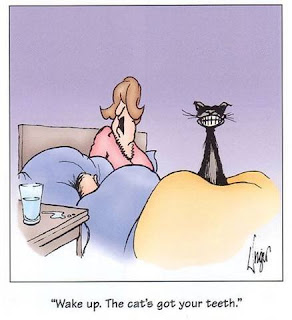 As I may have mentioned in the past, I've always been a keen rugby man, I also like cricket, and even played golf until wearing Rupert Bear trousers became compulsory. A good running game of rugby was my preference, and modern rugby has been helped tremendously as the laws have been honed to create open games where speed really counts - even with the forwards, who used to spend the whole match close to the ground and covered in mud!

I started playing at full-back at school, moved in to scrum-half occasionally, and after 'filling out' (flat living, pubs, those peculiar curries that came in a tin which you opened from each end, etc), graduated to tight-head prop, in the Club first team.

In those days, the laws made the game very sluggish, it always rained and very often, those in the scrum could be stuck in the same muddy place for anything up to ten minutes, grunting, bashing, mauling, swearing etc, and all getting soaking wet and eventually appearing from the heap the same brown colour! The ball would eventually emerge, and be sent out to the wing, where the No 13 or No 14 man would still be in pristine, spotless kit, and often shivering with cold. He would be there just to give us some time for a breather, as he invariably dropped the ball with frozen fingers or screamed for mercy as an opposing player went for his legs!

As the lineouts could often be a farce as well, it made for interesting but slow play, interspersed by the odd shriek of pain coming just after a stray elbow was depatched to anyone within reach...

The modern game laws came a bit too late for me, and I stopped playing regularly but when jogging became a national pastime, I took to that quite well, and kept reasonably fit in the process, even doing the odd bit of exercise on holiday!

Unbeknown to me, someone in our group took a video camera and shot this rare footage of one of my forays into the countryside, and luckily the old in-bred running game instinct surfaced for a just a few gorgeous moments... 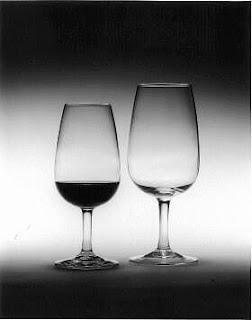 “Do you, Simeon Chatterley Ricardo O’Blene take The Future Mrs S (wait for it...) to be your lawful wedded wife”?

“Do you, The Future Mrs S take this Very Early Middle Aged Idiot to be your lawful wedded husband”?

“Good, that’s got that over with then! Off to The Tudor Room for a huge reception”! 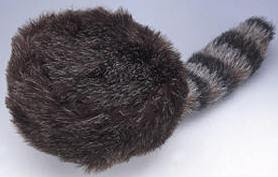 When Rye had a cinema, one of the first films I ever saw was ‘Davy Crockett, King of the Wild Frontier’. Fess Parker took the title role, and his astounding acts of bravery were gasping legend amongst small boys who were anxious to get in on the act. The song still evokes an era when ‘cowboys’, were the brave action men who weren’t in the army. (Anyone from America was a cowboy, which became more confusing when ‘cowgirls’ came on the scene...)

And the Davy Crockett hat was ‘born’.

I think mine was made out of some furry material (it was allowed then apparently, although perhaps the mink or fox or whatever didn’t think too much of the idea at the time), but the silliest one was a friend’s which seemed to be made from old carpet! (Knowing how rich his parents were, it probably had underlay and grippers as well; but he still keeps in touch so I mustn’t knock him too much...). Even my sister laughed at it!

(The offshoot to the coonskin tail thing must have been Esso’s brilliant ‘tiger in your tank’ ad campaign, where every scooter maniac tied a furry ‘tiger tail’ to just about everything on his Lambretta, and roared around in a splash of black and yellow – and on one occasion caused a visit to A & E in Hastings when a certain idiot crashed the thing into a van; but that’s another story)!

A quick glance through Wikipedia shows that all this Davy Crockett hat interest was a Disney stunt which went very well, but I reckon that even old Walt wouldn’t have understood the odd exchange which became apparent when Prince Charles had to go and open something or other in deepest Wales. When he arrived, he was wearing a Davy Crockett hat, but everyone was far too kind to mention it to him as he carried out his Princely duties.

Eventually, when the Mayor of the town, much relieved and also outside several portions of Welsh Single Malt ushered the Prince to his return seat on the royal train, he whispered loudly and alcoholically ‘Excuse me for asking boyo, but why are you dressed in such a smart uniform without the proper headgear’?

The Prince told him that the Queen had asked him in between the cornflakes and the kedgeree at breakfast, ‘And where are you going today Charles’?

Philipa, one of my favourite watch-spots, has just astounded me with an honest and urgent post.

Just go there and see what really happens when we have to trust the pillocks in Whitehall, and all their flunkys.

Their pensions are protected, secure, safe, and spendable... 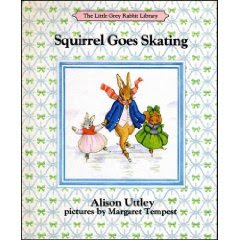 When I was small and I mean really small, my sister used to have a full set of the books by Alison Uttley. She would read them to me and as she was a sweet and lovely lady - still is, she'd remind me of all the sorts of yarns which went into the books.

Just as I've been poking around in the blog tonight, I've remembered why I call my Bloglist 'Friends and relations'.

In the above book, much loved by 'J'. and me, Hare is a skater (not very good), and he always referred to anyone who was in his circle of friends as his 'Friends and Relations'.

Back in the seventies, there was a craze for making your own beer and wine. We hadn't been married long, and I was still suffering withdrawal symptoms from rugby and cricket clubs where beer was plentiful and cheap...

While clearing out some junk recently, I've found one of the recipes we used for a beer which was brewed by the Vicar of Bildeston in Suffolk, and published in an article in the Sunday Express in August 1974. He called it Rectory Ale!

We made gallons of the stuff, it really was potent, and although bottling was a hit and miss affair, (often the bottles would expode when the corks were hammered on, which caused me another headache...), in most cases, the brew worked and we could while away the long evenings in mellow stupor for a fraction of what it cost in the pub.

I paid nearly three quid in the pub for a pint (or three), recently, and seeing the headline on this recipe does bring home how pricey things are these days.

I also found how much Rectory Ale cost to make...

It cost 2p per pint...
Update for Hats...Original recipe now on the page; just click on it - phew...