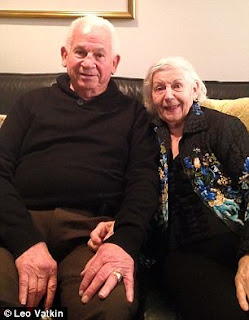 
The following candidates will be standing for erection (shouldn't that be Election - Ed)...at around dinner time on June 8th 2017: -

I, Simcox Corbyn Reichstaffenbendercrimplene O’Blene hereby announce the results of the election of Sodden Prickney Parish council as follows: - 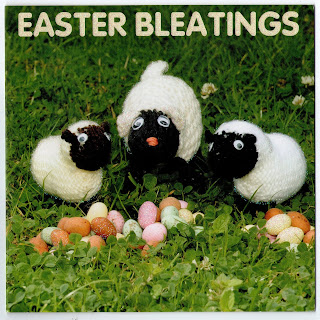 Here's to a happy and enjoyable Easter holiday!

By coincidence, it's exactly twenty-eight years to the day that we moved to the current 'Turrets', and the reminiscences of that day will naturally surface amid a moderate sea of suitable tinctures!

Back then, the place was in a very sorry state, having been built in the early fifties, when materials weren't easily available, and most designs had been kept to a fair minimum of style to accommodate the limited supply of timber etc.

The place hadn't even been decorated since that date so there was thirty-five years of original battleship grey paint in some rooms, hideous pink in the sitting room, and the kitchen was the same colour as the pic above! There were home-made friezes everywhere too, and all the ceilings were coated with distemper, which needed to be washed off completely before being emulsioned...

But it was a labour of love - still is really - and I still have some shelves to put up...

So I wish everyone here a pleasant and happy holiday, and also ask you to join me and Mrs Scroblene in a glass or three of Prosecco!
Posted by Sen. C.R.O'Blene at 7:06 am 4 comments:

A good friend of mine is nearly ninety-one years old.

He lives with his lovely wife very close to The Turrets, and he is one of the nicest, and most articulate and knowledgeable people I have ever met. It is always an honour and a pleasure to hear him recall incidents from many years ago, about his travels and work abroad, his brushes with famous names, how he handles his formidable Bridge passion and, then finally, he'll bring about his inevitable sparkling humour in finishing almost every breath of banter and serious discussion with a chuckle and a joyous hoot.

Just recently, I was chatting with his wife over the garden gate, and she mentioned that in a routine appointment at the doc's, they thought he ought to go for some 'tests'. They were made some way away from here, and a subsequent appointment was made for a specialist to tell him a few days afterwards, that the tests were 'inconclusive', and that they needed to repeat them all. So my dear friend has to go though the mental and physical turmoil a second time, and that has made him more worried than ever, which is not his nature. He doesn't 'do' worry!

I don't know what's happened in the last few days, but I soon will, and again, I'll agree with his dear wife, that there seems to be a cruel antipathy to letting a ninety-year-old living his last few years in harmony with all he has achieved in his honest and varied life so far, to spending hours with needles and drips and scans and pokes and earnest talks with medics and rush-hour drives to hospital and no food for twenty-four hours and the sad sight of less fortunate patients and the dread of something going on which he knows little about and used to fear less... and now the endless worry...

The list goes on, and they still can't find out if there is any reason to suspect that he may have something wrong!