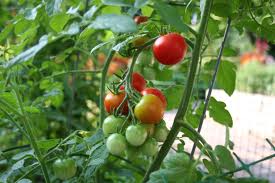 I just thought that everyone who reads this amazingly erudite blog, would like to know that I have, over the last weekend, potted on over eighty tomato plants.

I was given some heritage seed a couple of years ago, which are 'Black Krim', 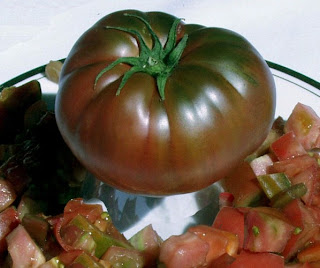 and they are buggers to grow and they look hideous, but the flavour is totally outstanding, and Mrs Scroblene freezes pounds of the things for all her culinary masterpieces later on in the year...

We also grow 'Gardener's Delight', which are a delicious small plum type, and 'Sungold' is the new addition this year, as they are reckoned to be the sweetest toms you can ever grow!

So 'The Turrets' will be festooned with pots of toms, in all house directions and also the greenhouse and probably the allotment, (Walls to the North, South and East as well as West) as late blight (sodding nuisance) knocks them back in some years, and we ain't having that this year!

Eighty tomato plants should provide about 240 pounds of toms, so several bruschetta and bolognese dishes await a slavering Scrobs family, and the vitamin C will also eventually stop me getting the blasted racking cough I've had since January...
Posted by Sen. C.R.O'Blene at 8:48 pm 18 comments: 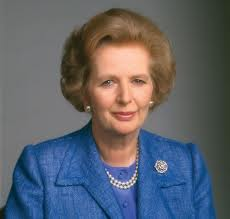 Back in 1979, I made damn sure that I would be in London for Lord Louis Mountbatten's funeral. It seemed the right thing to do.

Just a few days before, the Scrobs family had been enjoying a gardenised get-together, and we were all well on the way to mixing even more alcoholic flavours as the afternoon wore on.

My dad had been noticeably absent for a few minutes and suddenly came out and brought us the awful news, and of course the dead hands of the IRA murderers just stopped everyone in their tracks, and we picked up our things and went back to our small 'Turrets', and pondered.

So, there was Scrobs, back in town for the day in 1979, doing a little business, but mainly keeping an eye on the clock and waiting for the procession from a strategic position on the pavement of Broad Sanctuary by the hoardings. (The Queen Elizabeth Conference Centre hadn't been built back then, and it was just a hole in the ground and used as a car park)! Broad Sanctuary is directly opposite Westminster Cathedral.

As the cortege approached, there was the solemn moment when his horse, with boots placed backwards in the stirrups, was led up towards Birdcage Walk, and presumably home to Victoria for a well-earned bag of bran.

Just at that moment, there was a stifled groan from an elderly St John's Ambulance Volunteer, with whom I'd been swapping topical yarns, and he suddenly collapsed on top of me, and we both fell to the ground.

Within seconds, there were at least six plain-clothed officers emerging from the waiting crowds with hands worryingly inside their jackets, and immediately, they honed in on me and my wilting companion, as I couldn't hold him because he was too heavy and he was now on the ground in a dead faint!

The poor man had been on duty since six o'clock that morning  - as he told me when he came round, and by then, the 'serious squad' had melted away into the watching crowd leaving us somewhat dishevelled  but at least awake and somewhat alive!

I reckon it's worth watching Margaret Thatcher's funeral in all its glory tomorrow. Back in 1979, when Callaghan was bringing the country to its knees, rather like Brown was doing just a couple of years ago, but even more drastically, we all felt a huge sigh of relief to know that after the election,  the awful union people sending desperate, cancer-ridden patients away from hospitals, leaving stinking rubbish in the streets, and ignoring bodies on slabs, would never happen again. She was the sort of woman who just led from the front, and kicked all that into touch!

Prove me wrong all you lefties, you've got nobody in your ranks who could hold a candle to Margaret Thatcher.
Posted by Sen. C.R.O'Blene at 8:15 pm 11 comments:

Lilith and Elby are shifting their vast collection of everything the Grateful Dead ever performed to another abode today, and I want to wish them every good fortune on such an exasperating, exciting, exhausting, (that's enough 'exes' - Ed), day!

By coincidence, we're celebrating living at 'The Turrets' for twenty-four years to the day, well almost, we moved on the 14th, but what's forty-eight hours between friends and a couple of heavies (Oz and Dennis, Auf Wiedersehn Pet look-alikes) helpfully lugging our motley G Plan, F plan, and Scrob-Plan into a big van, driving about two-hundred yards, and unloading the lot into the various rooms, after a nourishing repast of about three Ginsters, two litres of full-fat coke, and eight Mars bars each!

Our moving day was bright and sunny, and it seems like only yesterday that we sat in the overgrown garden in brilliant sunshine, with cheese sandwiches, undoubtedly some 6.2% ABV beveridge, and a silly, thankful grin on all our faces! It really is such a great day and although I've just noticed that is raining here I sincerely hope the weather is much kinder for you in the West...

So, you two special people, I'll raise a glass or three for you both and of course the occasionally emerging Calfy, and wish you the very best of luck in your Truckin' today, and continuing prosperity and a three-fold increase in cultivation activity in 'Chateau Lilselbers'!
Posted by Sen. C.R.O'Blene at 5:25 am 5 comments:

Queensland tells it as it is...