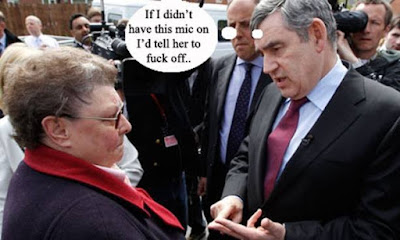 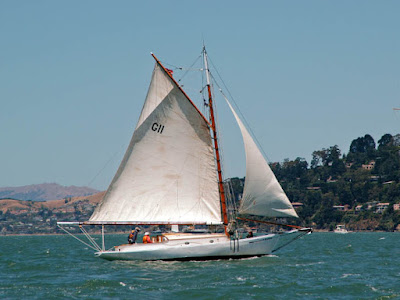 When Derek, the past-time barman at 'The George Hotel' in Rye told me once that his real love was sailing in his boat, it was like describing a technique for splitting the atom to me, because I'm not a sailor.

His pride and joy was his boat which was a 'Gaff rigged sloop', and this is actually the only single thing I've ever known about sailing. I did have the chance to get involved many times, but they were a dreadful lot down at Rye Harbour, very snooty and unpleasant then, and I really couldn't be arsed to try and fit in there, because there were much better things to do on a Sunday, like wake up slowly after a bruising rugby day at 'The Polegrove', then 'The New Inn', or 'The Two Sawyers' - usually all three. And none of my friends bothered either, so it wasn't a difficult decision to make.

But the one word to describe Derek's boat has stuck as a reminder that there are some good things in life, and I hope he still sails it, (but I doubt it as he would be about 98 now)!

And the word 'Gaff(e)' lives on! Wikipedia is off the mark pretty quickly - see last item on 'Politics' here.

Even funnier, was watching Harriet Harman squirming on the hook last evening, totally out of her depth, and coming out with the statement - many, many times, that 'Gordon didn't mean it...'! Even the journalists eventually took pity on her, and asked her about flower arranging or something, because she looked as though she was going to resign there and then; but there's a few more days to go yet before she has to, and we can look forward to that.
Posted by Sen. C.R.O'Blene at 6:26 am 8 comments: 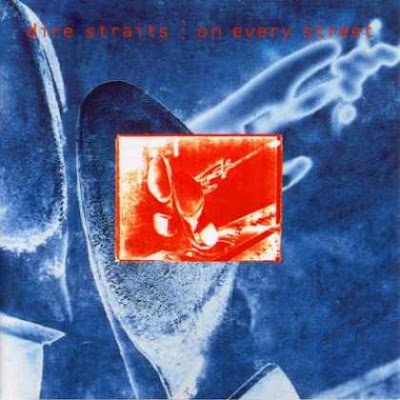 You couldn't really make it up could you, and it just had to be sung by 'Dire straits'!

Who on earth could think that bringing yet another poor copy of a long dead singer to the front of a 'campaign' to save the skin of a failed 'prime administrator' would make the slightest bit of difference?

This track is still a firm favourite from a few years ago, when I was given the album by a daught for my birthday...
Posted by Sen. C.R.O'Blene at 6:01 am 9 comments:

Eat your heart out, all you 'celeb' chefs... 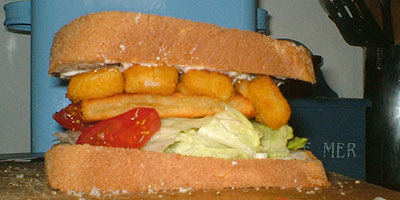 I had - repeat HAD, to meet the 'other two' from Scrobs Corps today, in 'Mulligans', Cork Street, just off Piccadilly. We had an afternoon meeting, and would obviously be starving by the time we all arrived in this man's town, so we agreed to meet beforehand, and discuss what was occurring...

The above delicacy - the Fish Finger Sandwich - was on the menu, and I hadn't seen such a marvellous item snuggling up against a pint of Guinness for some time...

In the beginning was the Plan.

And then came the Assumptions.

And the Assumptions were without form.

And the Plan was completely without substance.

And the Darkness was on the faces of the Employees.

And they spoke unto their Supervisors saying "It's a Crock of Sh*t and it Stinketh!"

And the Supervisors went unto their Department Heads and sayeth "It's a Pail of Dung, and none may abide the odour thereof."

And the Department Heads went unto their Managers, and sayeth unto them "It is a Container of Excrement, and it is very strong, such that none may abide by it."

And the Managers went unto their Director and sayeth "It is a Vessel of Fertilizer, and none may abide its Strength."

And the Director went unto the Vice President and sayeth "It contains that which aids Plant Growth, and it is very Strong."

And the Executive Vice President went to the President and sayeth "This Powerful New Plan will actively promote the Growth and Efficiency of the System."

And the President looked upon the Plan and saw that it was Good.

Vote for the Gun and Four Bullets Party... 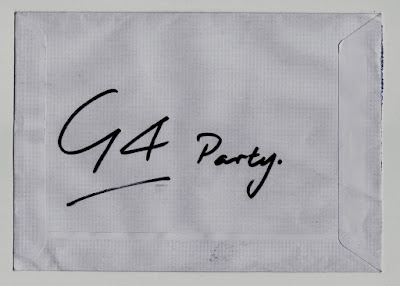 So you're a senior citizen and the government says no health care or pension for you, what do you do?

Our plan gives anyone 60 years or older a gun and 4 bullets. You are allowed to shoot 2 MPs and 2 Senior Government Officials. Of course, this means you will be sent to prison where you will get three meals a day, a roof over your head, and all the health care you need!

New teeth? No problem - and free!

And who will be paying for all of this?

The same government that just told you that you are too old for health care. Plus, because you are a prisoner, you don't have to pay any income tax anymore. 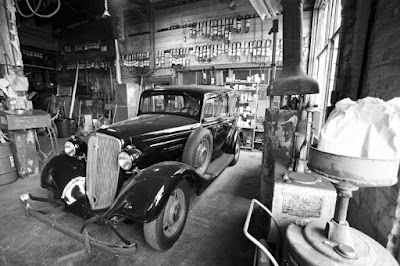 Arthur Mollusc is a mechanical engineer, and owns a garage in the next village over the hill, Lladosyllaer.

Arthur works hard at the garage. He has a son named Nesbit (don’t ask), and a daughter, Spondella, who walks with a limp. Terry Limp actually lives on the other side of the street, and occasionally visits his girlfriend for an evening of passion and a bottle of Mackeson each.

Nesbit was working on a rather natty sports car one day, when into the workshop walked Esquith Blimley-Lobis, who is an eminent heart surgeon at the General Hospital, and a friend to all in the village. Nesbit offered his very oily hand, which Esquith shudderingly – if reluctantly - declined on account of his white shirt and Daks becoming in danger of stubborn stains, but he gave Nesbit a hearty ‘hello’, and explained that his motor car was making a strange noise somewhere near the bonnet, and could someone take a quick look at it.

Nesbit immediately dropped what he was doing, (possibly to the future annoyance of the owner of the delicate glass headlight bulb), and walked through the door to see a sparkling Lagonda casually leaning up against the far fence. Esquith flipped the bonnet with some sort of space gun, and Nesbit peered inside, only to crow with delight when he withdrew holding a piece of equipment which had come loose. Within seconds, he’d reaffixed the offending item, and hesitated a moment for one last look at the beautiful engine.

“Mr Blimley-Lobis” he said slowly, “I can repair a car by opening the cylinder head, removing the valves and piping, cleaning the surrounding areas, replacing the damaged items, fitting new valves, and setting up the whole machine for several more years work. For this I get paid £20,000 a year. You and I do exactly the same job, yet you get paid £1,500,000 a year, so how does this happen”?

Esquith thought for a moment, and leaned towards Nesbit, and finally – and kindly, whispered, “Try doing that with the engine running...”!
Posted by Sen. C.R.O'Blene at 6:03 am 7 comments: 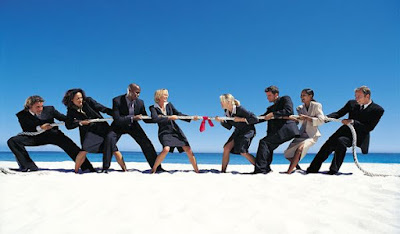 Bill Quango has a sharp eye for something innovative, and as he picked up a typo in Iders' recent post, I thought a new Easter pastime could start right here.

Just take any politician's dribblings, and make it more apt and interesting by changing just one letter.

Here are a few to get started, and the winner will receive a signed colour photograph of the red faces at Saatchi and Saatchi for their utter stupidity in 'working up' a silly idea for the Gene Hunt parody poster.