October on a spreadsheet, cue 'The Association'...

At this time of year, the old account takes a bit of a clobbering, what with the car service, which is a big one this year, and its MOT (the Golf, not me, but maybe that's not such a bad idea), drainage system service (a peek into the pit, a few swishes with a brush, turdal examinations etc), two new pairs of glasses this time, (we both need them to be upgraded), and now, it's the blasted electricity renewal!

Just for the record, we'll go to Boots in T. Wells for the specs, and I've booked a table for lunch afterwards - we're on the bus so will probably get real oiled I can assure you...

Back to the sparks; I have to go through all the motions of working out what we've used during the last year, what we may use next year, take a punt on whether the winter will be harder than the last, and then hold a finger up, light a tincture and say, 'Oh sod it'...

This year, after much consideration, I decided to do it all properly!

We have to change by the end of next month, so we've plenty of time. The present supplier hasn't been all bad,(Ebico), as they charge nothing for Economy 7 at night,which we have for rads and water, but hike the standing charge and the day rate to compensate. They were competitive last year, but seeing their new rates...Nooo!

So, Google Sheets became the 'vehicle for change', and WOW, what a difference a search makes!

The quotes from Uswitch etc. showed that we could save nearly £30 a month at the click of the mouse! It became a bit of a thing like St Paul had, and the old spreadsheet came up with all sorts of anomalies in charges, hidden charges, VAT, etc, and as one has to assume that any company providing an inelastic commodity is going to try and cheat you, the change becomes a necessity, if only to shaft those who wish to pinch your money. I feel that around a 20% increase is enough for a grown man to say - 'Oh Bollocks'!

So, tomorrow, it'll be a few clicks, and Goodbye Columbus *!

(I tried to copy the actual spreadsheet works here, but all hell let loose, and I gave up in the end, but if anyone is really interested, I can copy some sort of file and send it via email)!

It's not really rocket science, but a quid a day in my pocket is probably the best place for it!

*The Association are one of my favourite close harmony groups of all time - Along comes Mary is an absolute favourite, and should be on my Hall of Fame. For a historical note, I was on a course in Surbiton in 1966, trying to become a surveyor, and while enjoying several tinctures, and several 'Senior Service Cadets' fags, this gorgeous song was being played constantly!

How on earth does one try and find out if a lovely old business chum has popped off, or gone and got married again, or both?

At three-score-years and twelve, there are a few names less on my PC, more's the pity, but when the Christmas cards don't appear, and the emails start to bounce back, a big fear crosses the brow of the hill, and a gaze into the distance occurs.

I've been wracking my brains to ask a mutual chum about a great buddy of mine, and I think I cracked it about right and asked him, but - well  - who knows?

It took me a couple of glasses of Lindemans to pluck up the courage, so I hope it was well slurped...
Posted by Sen. C.R.O'Blene at 2:25 pm 5 comments:

In the time mentioned above, we'll be rid of the odious EU for good.

I've followed much of the Brexit shenanigans from time to time, keeping my blood pressure to an industrial standard and reading informed writers like Raedwald and Guido, instead of listening to the dire BBC, (except at night as 'sleepless in Kent', when R5 gets some airing, usually stale).

It's a funny age, forty, or so my doctor in Ashbourne (yes Mr H, the very same), told me when I had a check-up one January, when I was about thirty-two. He told me that it was the age to watch out for, which, to a Marstons Pedigree and Ogden's Gold Block pipe man isn't such a pleasant thought, and I gave up both for - oooh - several hours!

Forty was also the first item on my school's list of words which are often misspelt, and I was forty when I had a chunk of stuff between nos L1 and S5, carved out of my back, so my doctor near Derby was about right!

Our electricity bill is about £40 a week, and I'm wracking my brains trying to work out how or where we're being cheated by the suppliers. The spreadsheet is lengthening by the hour...

And so the days and nights tick down to the magic day of Halloween.

And for those who listen to the wireless very early in the morning, the Forties is a sandbank, not an island, or an estuary... 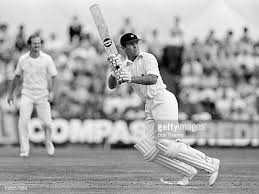 All this baloney about 'honours' is getting to become more than a farce than ever.

While it's the norm to lob out 'medals' to undeserving slebs, failed politicians and the rest, when a real case for discussion comes along, the shrieks and wails of the remoaners-sort-of-losers comes into play. It's expected, and trolled by the BBC and other worthless crowds.

I remember Geoff Boycott's 'issues', when they first came out. He still claims it was rot, but as is his wont, he kept his silence, and like the great opener he is, stuck to his guns.

They can all yelp and postulate at his Sirdom, I'm pleased to remember him at the crease, which meant a whole lot more than some silly twit getting an Obe for squawking some brainless shrill squealing in the Eurovision Twotfest. 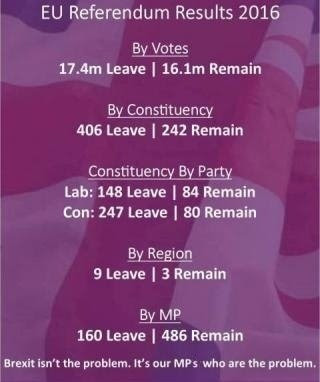