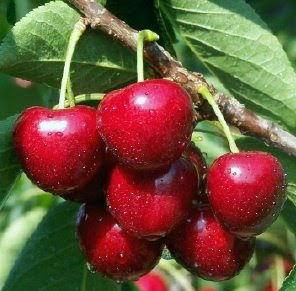 This morning, Mrs S and I took JRT for a long stroll in the woods, as we usually do on a Sunday.
About this time of year, we have pangs for the cherry season, and we deliberately avoid buying them before, when they seem to come from Uzbeckistan or perhaps Cuba, because, where we live, there are cherry trees coming out of our ears, and they are beginning to look great in the local orchards.
So after the walk in the woods, at about 9.30am, we decided to pop down to one of the local farm shops for a cherry panic-buying spree...
After a few miles, we had passed three stalls, all closed, and had people waiting outside. The garden shop was open but only sold them loose and they were looking pretty much like they were last week's old tat. The next two roadside stalls were shut too!
So we said "sod 'em" (actually we said "F*** 'em", but this is a family show...), and went home to pick our own wild strawberries, raspberries and blackcurrants and that's what happens when lazy sods can't be arsed to get up early on a warm day in the best season of the year, and sell their own crops for what they want to charge. We'd have happily paid a few quid to get the fresh stuff, and the season is only a few weeks long.
No wonder the supermarkets get them by the throat.
Posted by Sen. C.R.O'Blene at 12:33 pm 16 comments: 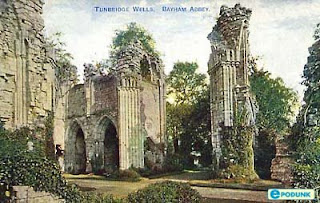 My ludicrous local council, Tunbridge Wells has recently been in the headlines for the above policy. I personally wouldn’t have thought that there was a collection of brain cells on anybody in the council that was even capable of spelling ‘brainstorm’ let alone getting involved in anything which smacks of innovation. After all, these are the people to whom I am paying about five quid a week for their pensions and benefits, not mine! (£1 in £5 that is…)!
As ‘Brainstorming’ is now deemed to be discriminatory against epileptics, they have decided to employ the term ‘thought shower’.
Great.
‘Absolute shower’ is a good description of course, (especially if spoken by the chap in Idle’s avatar – maybe Idle even, but I’ve yet the pleasure of meeting him), but they are forgetting that the actual name of the town, Tunbridge ‘Wells’, discriminates against ‘Ills’, i.e. people who are not well. This cannot be surely? And ‘Ills discriminate against ‘Dales’, and Iain Dale lives in Tunbridge Wells, and he mustn’t be discriminated against either!
So, we’d better drop the second part of the town and just stick with Tunbridge. But this discriminates against the good people of Tonbridge, which is just up the road and sounds very similar, and, the good people of Southborough (who live in between), usually want to be associated with the southern end of their location, not the northern end.
So we’d better just chop off the first three letters then, and just call it ‘Bridge’! Bugger, just remembered – there’s a village near Canterbury named ‘Bridge’, and they won’t be pleased about being passed off either…
So we really can’t have a name at all! We’ll be known as ’ (blank)………. Borough’, and this is good news, as the next poll tax cheque I write will leave the top line empty, and some other sod lounging about in the basement at the town hall or standing in the shower somewhere near the bicycle racks can sort it all out.
Posted by Sen. C.R.O'Blene at 8:16 am 15 comments: 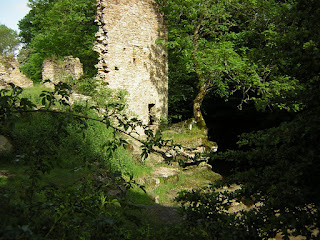 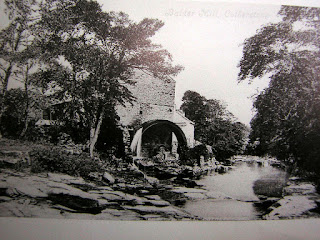 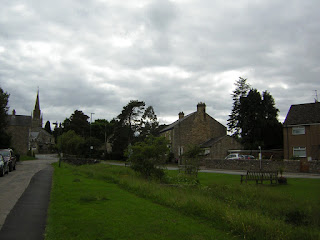 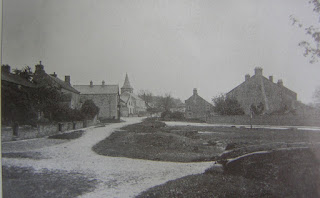 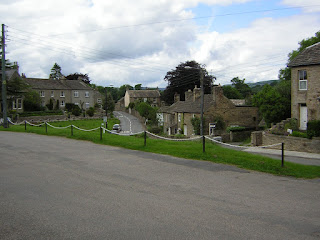 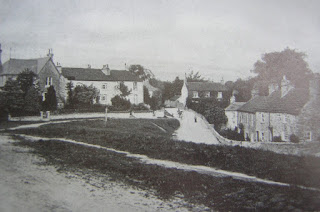 We’ve just returned from a few days away in Cotherstone, right in the heart of Teesdale. It still amazes me that only a few hours driving can let you arrive in a place which has beautiful natural stone buildings, rattling water courses and rivers, bustling towns which somehow remind you of the sixties, and above all – wide breathing space and a big sky!
As some of the footpath directions, near-vertical slopes and high stiles defeated even the eight legs of our party (Mrs S, JRT and me), we started driving/walking a couple of hours away in the hills each morning, and the same in the afternoon, but staying local.
And that’s when I learned something.
The walks and footpaths round the village are numerous and rewarding. The dismantled railway track (minerals – not people), still has the levels, the stone arches and the gates and you find yourself imagining the rattle and steam; even looking behind occasionally – just in case...
But it is the small lanes touching the boundaries of all the houses which are absolutely charming. Hardly any traffic; hundreds of sheep and lambs; and the occasional row of vegetables.
Occasional!
On one day I took JRT, and we did nearly all these lanes. (please understand that this walking was essential to counteract the huge hospitality of ‘The Fox and Hounds’), and after a few yards it was clear that nearly all the houses were empty. Not derelict, well maintained actually and achingly beautiful to look at. But unused during the week. I reckon there was only about one in six which had a sign of life. Some gardens are tended with loving care – as they should be, but most were patches of grass, weeds and no colour.
In June?

The village is spotless, has a buzzing local school with squeals and bikes, and of course, the local housing will always be full, because buy-to-let just doesn’t go there. There used to be about fourteen shops, but now there is one struggling post office with a charming welcome but an anxiety which can be felt. Our chosen pub ‘The Fox and Hounds’, is legendary, and the hospitality enormous.
But a village which has so few people making it thrive is in a sorry state. Oldies need to see company in the streets, children need to meet other kids, and we were contributing to all this, a fact that made me slightly uncomfortable.
Cut to our own village in Kent. For one thing, it is definitely not a holiday destination – it has some great attributes, but you don’t stay here on holiday unless you’re keen on castles or the sea. On my first foray out to buy our last Sunday paper, (we’re abandoning much of the dead tree press, most of it gets binned unread these days, and that’s just the good news...), I happened to pass a member of a local feral litter with his car radio booming out some rubbish at full volume. He was gawping around expectantly, hoping for someone who cares to comment, which is easy to ignore anyway. And inside the shop I noticed what turned out to be the runt of the same feral litter, with a hairline about half an inch above his squitty eyes, feverishly scratching at a clutch of lottery cards, and of course, leaving as a loser. They revved their noisy little car away and the ‘conversation’ of loud ‘f***s’ transcended the foul music.
Just for a long, long moment; I wished we were one-in-sixers.
Posted by Sen. C.R.O'Blene at 10:15 am 14 comments:

Sailing to Philadelphia (not)... 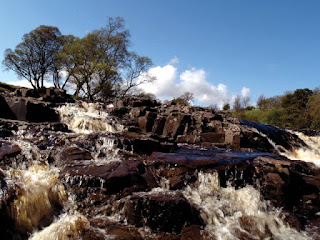 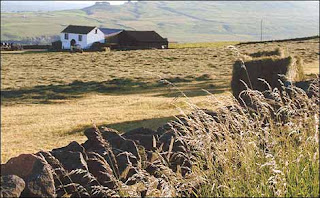 Travel beckons this w/e. We are pointing the Scrobmobile (freshly oiled and watered) North for a few days in Teesdale.
I have a long list of lead mines, water engines and engineering project visits lined up. Mrs S has already vetoed all of these so we are planning endless walks (to counteract 'Intensive Hostelry Investigation') with JRT to ensure that we eventually return with a net weight loss...
Mrs S has a birthday while we are away, and I’m not entirely sure whether B and Q will be able to deliver the 14inch angle grinder and accessories on the day. Perhaps the other suitcase full of bits and pieces will make her day!
We’re going to leave the greenhouse door open at ‘The Turrets’, so I hope that next door's bloody cat doesn’t come in and piss on the cucumbers...
Posted by Sen. C.R.O'Blene at 5:48 am 16 comments: