After a celebratory week of forensic bottle-interior investigation, Scrobs has uncovered a serious mistake in the 'requirement' to publish how many alcoholic units does it take to get noticed by some sort of watchdog...

F'rinstance, our local Tesco was flogging Southern Comfort for £15.00 a bottle, which we thought was a billy-bargain, as a 'Soco and lemonade' on a hot day is a welcome tincture, and we availed ourselves of this generous offer on several occasions, as the cheap deal seemed to go on forever!

On the posher end of the scale, the very same grocers was knocking out Glenmorangie (bog standard single malt) at around £20.00 a pop, and as our birthdays are close together, we said to each other, 'Well, why not'?

While idly peering at the labels during a lull in the conversation recently, I noticed an unusual anomaly in the gibberish these suppliers have to print all over the back of their bottles these days.

Now I've never claimed to be a mathematician, but isn't there something wrong here?

Shurely the malt should have fewer units than the Soco, as it has a higher ABV!

This called for further investigation and resulted in another exercise in comparison, all conducted under laboratory conditions: - 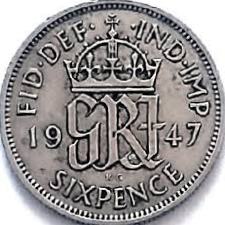 Brian May from 'Queen' is one of my favourite guitarists.

I always liked the solo from 'Killer Queen', back in the seventies, and indeed, since then, he has made some astonishing riffs, including one standing on the parapet of Buckingham Palace!

It's common knowledge that his guitar of choice is one he and his dad made some years ago - the 'Red Devil'. It is a unique instrument, and his plectrum of choice is an old sixpence. I know there are many good guitarists who grace these columns, Thud, Elecs to name but seven of them, and they will probably know what I mean when a guitar string is plucked, and the thumb or forefinger just touches the string at the same time, an amazing sound can be produced. It's almost impossible to do it twice, which may mean that a slightly different version happens if the technique is tried a second or third time, but these repeat notes create a huge vocabulary of rich guitar sounds.

So Brian, today is your seventieth birthday, and by coincidence, it is also mine, so Happy Birthday!
Posted by Sen. C.R.O'Blene at 6:36 am 7 comments:

Only a person in Texas could think of this...
From the county where drunk driving is considered a sport, comes this true story.

Recently a routine police patrol parked outside a bar in Austin, Texas. After last call the officer noticed a man leaving the bar so apparently intoxicated that he could barely walk.

The man stumbled around the parking lot for a few minutes, with the officer quietly observing.

After what seemed an eternity in which he tried his keys on five different vehicles, the man managed to find his car and fall into it.

He sat there for a few minutes as a number of other patrons left the bar and drove off.

Finally he started the car, switched the wipers on and off; (it was a fine, dry summer night), flicked the blinkers on and off a couple of times, honked the horn and then switched on the lights.

He moved the vehicle forward a few inches, reversed a little and then remained still for a few more minutes as some more of the other patrons' vehicles left.

At last, when his was the only car left in the parking lot, he pulled out and drove slowly down the road.

The police officer, having waited patiently all this time, now started up his patrol car, put on the flashing lights, promptly pulled the man over and administered a breathalyzer test.

To his amazement, the breathalyzer indicated no evidence that the man had consumed any alcohol at all!

Dumbfounded, the officer said, I'll have to ask you to accompany me to the police station. This breathalyzer equipment must be broken.
"I doubt it", said the truly proud Redneck.  'Tonight I'm the designated decoy.'

Apparently, when I was a tiny little chap, I had whooping cough, and my pram and my cot took a bit of a battering...

A lovely chum told me yesterday that there seems to be an underlying increase in cases of whooping cough. She had an awful time with it a year or so ago. She's much younger than me - at least a generation, and as we're a group of mates meeting regularly, we'd noticed how 'down' she was for much of the time, but being a real fighter, she dealt with the problem in her own way.

Several other pals are now showing similar symptoms, and it's been recognised as a local 'Hack', but an implicit discussion is emerging which may prove that the immunisation we kids got some years ago, is wearing off, and symptoms are returning in a few other ways.

My chum eventually got over it, but claimed that a couple of teachers at her children's' school had been coughing for weeks, and one went to get checked out properly. She was diagnosed as having the whole damn lot, and put up for a cure a.s.a.p.

While 'conspiracy theories' will always be around for just about everything, this issue is a bit worrying, because once the politicians get hold of it, the NHS will get bashed even further, and undoubtedly another layer of expensive management will be created, just to deal with the condition.

On a happier note, my chum was cured by the technique of altitude conditioning. Her dad had a PPL, and hired a plane to take her up 10,000 ft for a spell, and from then on she recovered! I'd never heard of this before, and checking it all out, back in the seventies, there were regular forays into the phenomenon, and they had a lot of success!