Bin there, suffered the pain... 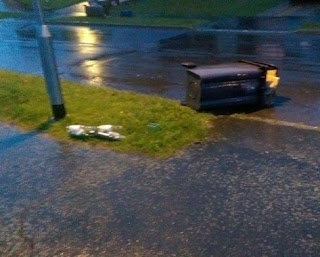 Scrobs was walking past 'The Bells' in a certain way.

As he approached the door, it suddenly opened and the delightful vision of Gloriette appeared, with a 'G & T' in one hand, and a worried expression in the other. A third arm clasped me around the neck, which caused some concern to various corpuscles which are instantly rearranged at such a gesture.

"Scrobs; what have you been up to"? She exclaimed before I could draw breath to say how nice it was to see my lovely chum again after far too long!

I drew back, drew a further breath, and drew on my knowledge of American court scenes, when the defendant admits all, and Ironside wheels himself off at a rate of knots.

"Oh, it's nothing, love of my life, just a small aberration from one's normal day-to-day actions"!

"Well, you're not looking at all well, so come inside and explain to us why you are limping and holding your arm at a funny angle"! Breathed my chum.

Elias Sagtrouser had already collected a pint of Shep's 'November Battleaxe 7.5 ABV', from Norman the landlord and this was thrust in my less angular paw with a similar look of concern.

"Tell me all Scrobs"! He ordered, and Gloriette reseated herself on a barstool which was far too high for her really, so she had to do a little jump, the sight of which sent what remaining corpuscles which hadn't noticed her presence, into a flat spin.

"Oh it's nothing", I started! "Just a small accident at home; I hardly feel a thing now"! A large gulp of my favourite brewery's product became an internal swirl, then a warming hit, then a sight mist in the short-vision, and for a moment, I nearly believed myself!

"Scrobs, if you don't tell me, I'll not send you a Christmas card, and that's final"! Elias ordered.

"Well, it's like this! Last Sunday, after lunch, Mrs OBlene and I were discussing successful world events, like a 'no-deal' Brexit and President Trump's manner of sticking two fingers up at the MSM. We may have sampled a couple of post-prandial tinctures at the time, I don't really remember - ha ha ha"!

"Look at me, Scrobs, and tell me in your most serious voice what went on, and why you are walking like Dustin Hoffman in 'Rain Man'"! Elias was becoming irate, to the point of ordering two more pints and a large G & T (Anno, the best Kent Gin ever produced). He always does this. It's a softening up process, so I decided to take another tack.

"Well, funny you should ask, because I was going to call round to your yard for some rock salt later"! I said. "I need something to stop the brick paths becoming so slippery, which they do at this time of year. I have to carry Mrs O'Blene sometimes, but she's so tiny, of course, that's easy"!

"Go on Scrobs", breathed Gloriette, and I wondered for a moment how it would be if I had to carry her and how far we'd get...

"Oh that's very good of you, old friend, but really, it's a responsibility, a social demand even, that I have to make, to ensure that everybody who visits doesn't endure the same - er - fall - that I had - ha ha ha..."!

"Oh Scrobs, where does it really hurt"! said Gloriette, with a worried frown, and a light electric touch (400 volts) on my good arm. It might even have cured the bad arm if she'd handled that particular limb.

"And also my backside"! I blurted!

"So you're making 'The Turrets' a safer place then", said Elias, looking at me in the same way that he looks at customers asking for credit.

"Soooo, what were you doing on the path"? Enquired my chum.

"Well, It was dark, the outside light wasn't working, and I was trying to get the wheelie bin down to the road while it was raining. Somehow, it caught one of the edging bricks on the slippery path, and tipped over, taking me with it"!

"Aaaah I see now"! Said Elias! "I thought you were going to say that you went arse over head because you were as pissed as a fart"!

There were knowing looks all round, saved by another wink from Gloriette...

Warm me up Scottie...

Yesterday was the first day for this delicacy, we had some snow at first, so there was really no argument!

I heard a lovely headline on the radio over the weekend: -

The French 'government' were voting on whether to allow their prisoners cojugal rights. The newspaper next day said: -

Scrobs has decided to resign from the cabinet.

Everyone else is doing it, and as for trying to get us out of the EU for ages, (we even voted to join back in the seventies, so that was a cock-up), I've had enough mucking around.

Just say to all the Brussels lot, 'Sod off', and leave it at that! My letter of resignation is in the post, with a second-class stamp on it, and by next week, I'll be an ordinary bloke again!

A.K.Haart has an interesting post on Marks and Spencer, and rather than fill up his comments column with my views, here's a different slant...

Last Friday, Her Fragrancy the Senora O'Blene and Scrobs visited our surgery for a flu jab. It's a ritual well worth the effort, as flu is just not pleasant, but this week, we've succumbed to an additional nasty cough in the lady's case, and a wretching stomach-churning bug in my case. It's a new vaccine this year, and we didn't get the flu side-effects though, just something else!

Apparently, like often happens at this time of year, all these things start to occur and we usually escape! But for me - ooooh no! A good friend just took one look at me and said 'Are you alright'? And the last time I'd seen her, she'd asked exactly the same question, so I must wear a scarf next time...

So, what to do about comestibles when under these circumstances (which are improving by the hour)! Mrs O'Blene's cough is not as bad as well, so she's well on the road to recovery.

Her Ladyship insists that the answer is a plain old tin of Heinz tomato soup! Yup, the elixir of life in a bowl with a couple of cream crackers! The world starts to improve in no time at all.

To get back to Mr H's post though, us oldies here, have always relied on baked beans, soup, tinned spaghetti etc, as a pleasant eaterant! Ever since we were students, companies tried dried curries, tinned curries, some sort of foreign Indian mince thing, but we always reverted to the staples, and this week has been no exception! The old ideas stopped the rot!

Mind you, we do sneer a bit when we see ready-cooked mashed potato on the shelves in M and S...

All white on the night... 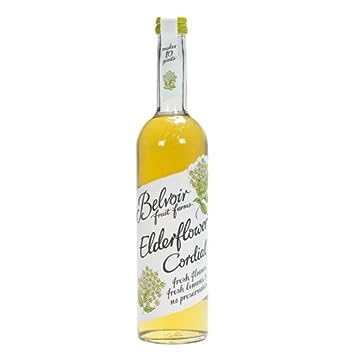 Scrobs has been making - on and off - our own hooch since the early 1970s. The main reason is of course, the cost of a decent bottle of wine, coupled with the fact that we really do like one particular recipe for a red wine, and it is preferable to some of the more dubious offerings from Waitrose or Tesco.

A few months ago, our homebrew supplier, which is a small family business and gives excellent service, sometimes delivering within twenty-four hours, advertised some new white wine kits. The cost works out at about a quid a bottle, so we bought some.

We both love Aussie Chardonnay, the sauvignon stuff is OK, but doesn't seem to have the finer flavour. A good Chardonnay is also brought out by the California whites which are a real treat! But I've never got to the magic 'oooooh' that means a proper success; until a rare brainwave hit me...

I usually rack off a couple of litres of the Aussie white, and keep it in the fridge as one does. But; the difference is that a dessert spoonful of the nectar depicted above makes a huge difference! It transforms a normal white into something really good, and brings a depth of flavour unknown in the past!

We live in Kent which has several wineries, but they are so darned expensive, and not particularly good either. A bottle may cost anything up to £14, and is not that special, so Chateau Scroblene is the one to go for from now on!