Let's hear it for Mr Creosote...

The sad news about Terry Jones's nasty affliction has rather got to me. My dear mum succumbed to Alzheimer's, and several chums experienced other forms of dementia as well,

We were at a 90th birthday party yesterday for a dear friend. He responded to the main speech, made by another delightful friend and neighbour, and his own response speech was measured, seemingly without notes, and recalling matters that happened in the nineteen twenties with such ease, the years just did not fit the eloquence. It was a magnificent, confident, friendly delivery, which deserved the standing ovation from ninety of us!

I have a good chum in the village, who is terrified of such awful conditions of dementia, and she and her husband now do every crossword they can lay their hands on, and compete on the Brain Yoga app at every opportunity! They also do Sudoku with a passion. 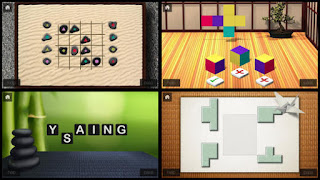 Mrs O'Blene is an avid reader, having demolished most of the local library books, and she also gets through half a dozen Sudokus each day, some of them after a tincture as well! For my part, I do the Fiendish and Super Fiendish Sudokus, but the latter may take me three weeks a pop, as I don't want to fill in the possibles, and have do the whole thing in my head...(which can easily ache after a while staring at the same combinations and trying to remember them, especially after said tinctures with Mrs O'Blene...)!

But all this doesn't help dear old Terry now, and my heart goes out to him, his family and his friends. I always liked his gentler delivery in some of his Monty Python sketches, but the Mr Creosote scene, which he directed, was a masterpiece fit for recall at any time one sees a tattooed gutbucket gobbling down an undercooked triple burger with quadruple fries and a jug of full-fat Coke.

It must be so cruel that a man who definitely hasn't sat round on his arse all day, finishes up feeling like this. Keep going as long as you can Mr Jones, you have a lot of friends rooting for you.
Posted by Sen. C.R.O'Blene at 6:38 am 4 comments:

For some years, since we used to toddle across The Channel to Normandy, for holidays and fun, we have been huge fans of the Regional Nectar, Calvados.

From the cheapest to the very expensive, we've long celebrated the time of year with apples all over the garden, with a few small bottles (they usually appear as 500 cl for some reason), and it is almost a rite of passage to toast the harvest in a most appealing way.

But this year, it seems that our Tesco doesn't seem to have any, and we're having to explore other grocers to locate a fair-priced bottle...

During one such foray, we discovered this, and without further ado, grabbed a couple of bottles. 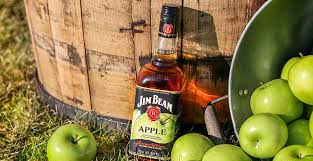 Now you'd both know, that Scrobs is not really an alcopop type of person, but a good cider is well worth the few extra pence, and a Henry Weston's Vintage bottle is an investment I'm making quite regularly for this season.

And this Jim Beam is a great substitute for the non-existent Calvados! The trouble is, it's too easy to finish a bottle, and I like a good Bourbon as well, so when all the apples have gone, it'll be just Beam, I suppose... 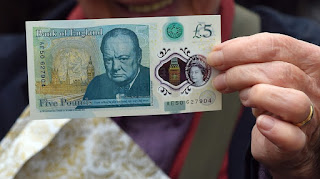 The new five pound note is in circulation as of tomorrow. It's rather a nice little piece of kit, made of a polymer, which is undoubtedly easier to replicate than special paper, but who am I to judge, I'm only a humble old fart these days.

Years ago, I worked with a chum, who was developing the latest computer chips. There was a state-of- the-art manufacturing business in Sidcup, and it was such a hi-tech business, that the building itself was literally built on springs, to alleviate vibration from the various trains which infest South London. Each laboratory had positive ventilation, such that when you opened a door, there was a 'Star Trek' whoosh, as air was pumped out so that germs, dust, and other nasties didn't invade the procedures being perpetrated within. They also used millions of gallons of water for cooling, which made a few people at some water board or other have a seizure, but it was a good business.

Back then the quandary was how thin could a computer chip wafer be manufactured? I would think that the sort of kit we have in a mobile phone is about a thousand times thinner, and a million times quicker than anything being made in the eighties, so the mystery probably will still be around over the next century or so.

But this fiver bothers me somewhat.

I always hankered after The Royal Mint producing a general circulation £5 coin. It would be big, heavy, and carry the gravitas a good currency demands. Scrobs Senior travelled far and wide in Europe in the sixties and seventies, and always came home with a pocket of pretty useless change. When he popped off this mortal coil, we kept all the coins and used them to tip French lavatory attendants, bugger up foreign parking meters and gave them to scroungers (unkind, but useful), and we still have a huge box of them. Some of these are frankly not worth making! They're often a light alloy, have no milling, and mean very little, other than they look like some of the coins you get with a kid's toy shop till or similar.

So now we're down to a small plastic sheet, with a drawing of a proper politician! (If that's not a contradiction in terms).

I hope it works. The fivers I keep stashed away for Christmas are all old, well folded with writing/darts holes/dirt etc all over them, and I hope the small wallet I use will accept a twice folded plastic membrane comfortably.

And also I hope that it hasn't be reproduced by some gang up North, or in Scotland, or London, and printed on an old polythene bag!

I found myself listening to this again recently, and it's such a kindly observation, I just want to share it with both of you!

Mark Knopfler is a great chap to listen to for softer, more interesting music these days. I always liked the Dire Straits years, but the move onto a more simple and likeable style is very welcome!