Fannit and the poo scandal... 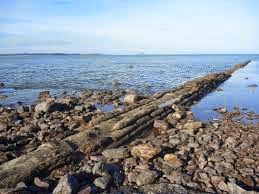 Scrobs and BP had another meeting in Broadstairs yesterday. It was in the afternoon, so there was no question of getting there for a leisurely lunch and strolling in to the clients all relaxed and happy!

BP always manages to drive several miles an hour faster than the speed merchants, and yesterday was no exception. I suspect that some of the trees and hedgerows are still waving after the passing of a great big car at breakneck speed! My left hand still aches and is stuck in a claw shape from holding on to that funny handle up over the door! The trip took us less than the past record of one hour forty minutes...

The meeting went off OK, and we may be able to get back there again, but the real issue is more basic! Will the sewage still be flowing in the bays around the island?

Apparently, as the story goes, there has been a monumental back up, or cock up, of the brown stuff, which meant that the council or the utilities, or whoever is trying to shift the blame, have to release the latest amounts of pure unadulterated turds etc, directly into the sea!

Now everybody who has seen a seaside, knows that citizens rather like to paddle, or swim in the gently lapping water, and some go surfing, or sailing in it as well. But the holidaymakers, who have saved all their pennies for a week in Margate, Broadstairs, or Ramsgate, have been advised not to go in the water!

What a fiasco! It seems that they either let the sea fill up with detritus, or some basements nearby would get the same turdal treatment, so the former was chosen by the powers that be, and now, right at the beginning of the holiday season, the simple pleasure of swimming with fish, is replaced with the reeking distaste of  the breast-stroke with bonsters!

Of course, no heads will roll, council pensions are still piling up, holidays elsewhere will be the norm. The council are a funny bunch up there, and still trying to work out why Manston Airport - the other name for the ridiculously named 'Kent International Airport', has gone pop, and nobody wants to fly from there.

I can solve all these quandaries at a stroke!

There are several old but airworthy bangers still parked on the runways, waiting for a job, so load them all up with the effluent, and take the stuff further out to sea! Simple! They could drop it all over the wind farm to disperse the pong! At least it'll keep the eco-freaks happy for once!
Posted by Sen. C.R.O'Blene at 6:40 am 6 comments:

Formative drinking and one heck of a thunderstorm...

Back when Scrobs was around the magical age of eighteen, the family lived in a village, where Dad had built the house in 1952. (See Scrobs passim). The house was well up on a natural ridge, and the views to the south were incredible, with Fairlight to the left, Hastings in the middle, and Battle to the right. All of these are several miles distant.

Whenever there was a thunderstorm - like the one last night, Dad used to get up and watch it all happening, because you could see lightning for miles in all directions, and it was one of his abiding pleasures! In true form, I heard the first roll of thunder at around 2.30am, and went into YD's old room to see lightning flashing in all directions, including some superb forked strikes nearby! It really was spectacular, even though the views from The Turrets are more limited because of the churchyard trees!

And to complete the yarn, as it's my birthday today, Mrs Scroblene is taking me to lunch at the very pub a hundred yards away from the old house, where all my formative drinking became a pleasing pastime!

We used to know it as The Broad Oak Inn back then.

The Landlord was a funny old boy back then, and could either be grumpy or very kind, and you probably wouldn't really have noticed the difference on some days, and his beer came from barrels stacked behind the bar, and the only food he sold was crisps and arrowroot biscuits! It's changed  now, and there's a car park, a big room and a great garden for children, but the lure of the possibility of meeting an old formative drinking chum from the sixties is an additional aspiration...!
Posted by Sen. C.R.O'Blene at 6:40 am 8 comments:

Credits where credit's due...

With Dame Janet Smith's enquiry into sex scandals at the BBC being published later on this year. it struck me that this must be the easiest investigation ever, for one simple reason!

Everyone sits back at the end of a programme and ignores the screen, even if it is a dire 'celeb reality' waste of money, or a weedy modern play, but still the credits roll up the screen and every name of everyone involved in the production reels off. So we have the director, the producer, the gaffer (ha ha ha), the dogsbody etc, all emblazoned for the world to see!

So it must be the easiest job in the world for Inspector Knacker to come along and ask all these published witnesses in a serious voice, what they were up to on the day children and vulnerable youngsters were molested, and what they did about it! What did they see? Were they in the dressing rooms at the time that it was all a bit quiet? Who was the chap sidling along with a fake clip-board? What did the parents say? Were the parents even there?

I'm sure the BBC inquiry will be aware of this, and hopefully, we will not get the whitewash which is expected! It's bad enough expecting politicians to cough up when they're cornered, but there must be several names on the TV credits, who may be just more than a little worried by now!