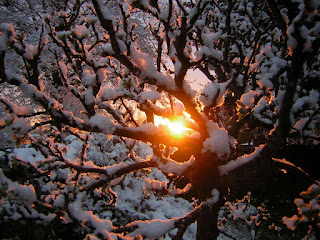 Last Friday, Scrobs was meandering close to the welcoming door of 'The Bells', with a firm intention to pass by on the other side, and get some work done on the allotment.

Of course, meanders can take many courses (they're meant to), so somehow, the polished brass handle of the bar door leapt out from the frame, appeared in the right hand, and with a final twist, the magnetic rays of a four-pump bar somehow swam into view, together with the trilby of a well-known local business man and the glittering accoutrements of his lady...

Yup, Scrobs was back in the crucible, with his old chums!

'So where have you been all these months', breathed Gloriette?

'Oh, Sweetheart, I've been pulling leeks, and cropping tomatoes, as well as digging and cultivating and mowing and painting and making things', I replied, gratefully taking a firm grasp on a huge foaming pint of Sheps 'Old Hedgehopper' (7.9% ABV).

'Not what I've heard', said Elias, executing a skywards glance which in fact made the trilby a vertical structure, in danger of tipping back to the carpet.

'So, may I ask, my old chum, what makes you say that', I requested, when his head reappeared at the horizontal status, normally associated with conversation and maybe other closer activities in the privacy of one's own home.

'Well, Meccano tells me that you;ve been doing so much stuff at home, you've not been communicating with your confederates, and we have to think of other people to cohabit at beer o'clock'!

Now this is actually true, and since I retired, the good offices, shelves and yards of Elias Sagtrouser and Co. have received many a call to provide such items as screws, paint and plumbing accessories, but these visits do not always coincide with the presence of either Elias or Gloriette, as they're maybe collecting money, or maybe in the nail bar (for ladies' nails, not the metal sort for banging pieces of wood together)!

'Well, I will rectify these absences from now on', I rejoined, 'and please say what you're drinking before I forget what I wanted to say'!

After the new round of Sheps for him and me, a large gin and It for Gloriette, a bottle of some obscure Bratislavian lager-top for Meccano, and a purple non-alcoholic sugary concoction for Toniateline, (phew), had been partaken of, and coins reversed from the pocket to the bar-till, Scrobs started the agenda for the discussion.

'I'm just fed up with the current weather'! I started.

'Aren't we all', replied Gloriette, patting her polished hair where a gust of wind had dislodged her normal composure.

'It's really the stupid way we give the slightest whiff of wind a name now', I continued, ' we're up to the 'B' already, and it's still only November'! 'The weather girls are told to dumb it all down, and assume that in the past, we've never had to associate all this nonsense with the bloody global warming debacle, and I'm sick and tired of having all this climate change crap being stuck down my throat'!

'Well said', called a voice from the other bar, 'Hear, Hear', said another. For once, Gloriette and Elias just stood and stared at a Scrobs with a pint outside his nose while drinking deeply.

'Well, that said, we can always make up our own names, can't we', said Elias. Gloriette nodded as well, and of course, when Gloriette nods, several other parts of her body nod as well, so there is quite a lot of fleshly movement going on when agreement, or I suppose, disagreement arrives at any point in a discussion.

'So let's start the list from 'C' then', suggested Gloriette!

'Then the next one has to be 'Dumbo', to stand for all the cretins who think that 'Horrible' preacher on the BBC is right! Chimed Elias'!

'You're definitely not having my name', said Elias, with the look he gives late-payers. 'I'll go for Emmanuelle, because...'!

'No you bloody well won't', interrupted Gloriette, beginning to show bodily signs of an earthquake, and shaking her head this time!

'That's too close to the subject, old fruit', I replied, you've got to think of a silly name, for a silly purpose'!

There was a pause.

'Oh bugger it, I'm fed up with all this, so what's everyone having'? grumbled Elias, and Gloriette reduced her shaking to a mere tremor, and all world peace was restored.

There were several drinks being arranged on the bar, and several notes handed to the baman, when a voice piped up from the corner, where the two younger members of the family were eating pork scratchings, and sharing an Ipod which was playing their latest band 'Snotlip' apparently yelling something like 'Roadkill'.

Eyebrows raised in desperation all round.

After several weeks of soul-searching, we've chucked out our cooker.

It was still working - just, but as there's only us two here these days, there really is no need to have a huge metal lump in the kitchen, taking up space, looking ugly, and needing much more cleaning than the Forth Bridge! Some flames from the grill had started to attack the dashboard a while back, and while manhandling it into the boot for the recycle guy in the village, I noticed what damage had really happened, so I'm glad it's gone!

So, we're investing in a whole new layout, with a small double freestanding hob, and just a counter-top oven, and life does seem so much easier already! Mrs O'Blene doesn't have to get down on the floor to rescue the heavy casserole, and we've discovered that the microwave does great grilled items for a fraction of the time!

I used to sneer at properties in tight urban areas, where they only had a microwave for company, but again, why heat up a cubic metre of metal just to have a slice of chicken!

So why don't you just fuck off over there and worry about the next fortnight with your coloured drinks and stupid clothes, thinking you might get slaughtered in your beds!

Mongs grabbed away from school, idiots whingeing about their flights, stupid faces staring at the cameras, hoping they'll get 'paid'.

I used to have a 78 rpm of this piece, and thought Reevers might like to hear it again!

Why did the clarinet have so much influence as a solo instrument? Benny Goodman is a great answer, but hey, there were others weren't there!
Posted by Sen. C.R.O'Blene at 7:46 pm 3 comments: