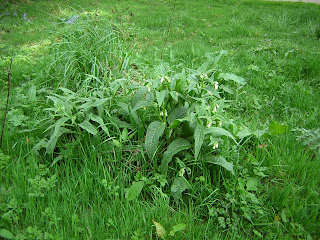 One of the benefits of having a hyperactive JRT, is the prolonged walks to keep her fit and well, and of course, we have to go with her, as otherwise she'd be off with the squirrels, and learning to climb trees. As often mentioned, we spend some time over at The Pinetum with these walks, and a few years ago, we started taking pictures of the colours and wild flowers, because they are often breathtaking, especially at this time of year.

It took us ages to find out what Comfrey looked like, and, as can be understood here, this stuff really rocks!
Last year, we used it copiously all over the top veg, and as can be seen from the content, it really is an organic gardener's dream ticket. We're bringing on a few plants this year, and will also be adding some concoction made from steeping nettles for a few days, because they produce a high nitrogen soup as well.

But there is one drawback. Both Comfrey and nettles, after a few days soaking and sulking in a container, produce one of the smelliest substances I have ever encountered, and yesterday I had to delve into the bin with both hands...

So, today, I have few friends, and I'll have even fewer, when I go down to 'The Patch', and mix up some more, together with some liquid '6X' chicken manure, and probably cause mass evacuation of the whole of the village, and maybe further... 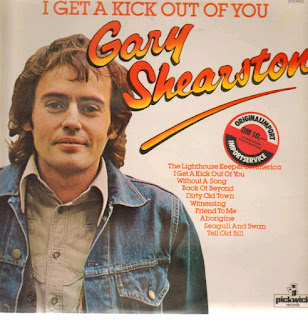 Years ago, Scrobs' car didn't have a radio - they were 'opshunall eckstras' back then...

So, there was a small transistor machine sellotaped to the dashboard, and occasionally, some sounds came out from it, often changing channels from going round bends in the road, but not working that often.

The Scrobs family all lived in a small farm cottage back then, miles from anywhere, and as it was one of a pair of delightful houses, there was always some interest as to who might be living next door.

The best neighbours back then, were Lea-Pea and Frank, with Eileen as their chum. They were all from Geraldton, near Perth, Australia, and were making a few bob from winding fleeces on the local farmer's woollery.

I would drive home from London, with the sellotaped radio working every now and then, and one of the songs which popped up during the occasional straight bit of road was this classic!

One night, back in 1974, with the home-made wine on full tap, we sat with our good friends, and I mentioned this song to them... 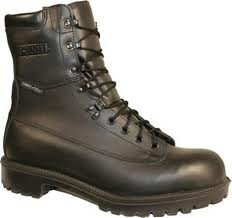 In Mr Sagtrouser's quite large store, where he trades as a supplier of all things oily, clay, concrete, smelly and sticky, (and in the case of plumbing spigots and couplings, just plain rude), there is an internal double door, which leads from the cleaner goods, like tins of paint, nails etc, into another area where there is a system of high racking, where they store cement, bags of plaster etc. The customers can reverse their vans and lorries into this section for the bagged stuff, and stay nice and dry in the process. This internal double door is nearly 7 ft high, and there's only one person in the vicinity, who is able to touch the lintel with his head!

One Tuesday morning, Elias's Emporium was paid a visit by 'Oxen' Bridge, (his real name is Bill, but on account of his size, he is re-named after the local legendary Giant Oxenbridge, who used to eat children in stories oft told to young herberts who wouldn't go to sleep).

As is common with large men, he is an amazingly gentle being, and is also the spitting image of Willy John McBride as well, which creates mayhem behind the counter when Gloriette and Toniatteline are present. The ladies of course spend some considerable time making sheep eyes when 'Oxen' is reaching down onto the top shelf for a packet of washers, or attending to his bill, and of course, it has been noticed that when they are looking at his huge hands, which can hold a gallon of paint like a beer glass, and feet, which demand a size 14 Rigger Boot, they will make knowing glances at each other won't they! (Oh, come on, of course they will, even the blokes think so as well...)!

'Oxen' was not actually in a very good mood this day, because he had gone through to the cement store to pick up (single handedly), a big bag of plaster, which he didn't need his 4 X 4 to carry with arms like that, and on the way back, he seriously banged his head on the lintel and, against the course of his usual level temperament, he yelled a series of very rude words.

Meccano rushed forward to see what had happened, and then after spinning around in an indecisive dance, like 'Florence' in Magic Roundabout, he rushed back to get the First Aid kit, because there was a certain amount of blood beginning to appear around 'Oxen's forehead, and Meccano is not the best person to help as he is allergic to anything medical, surgical or red.

The two girls, of course, sent paper and pens in all directions as they swiftly came to his aid, and sat him down on a box of carpet tiles, while they fussed and clucked around him like they were his mother and sister and he was three. There was some indication from the assembled customers, that the girls were beginning to pay a little too much attention to 'Oxen', who of course had recovered by now, but was spending some additional time in the concomitant proximity of the heaving attributes of two of the most gorgeous ladies in the village, so there were several murmurs about 'having to get on the job', and 'anyone got a ladder', so that Elias had to shut everyone up with a look of  increasing violence and a hand on his favourite trench spade.

So anyway, 'Oxen' swiftly recovered, he picked up his bag of plaster, and went to the counter to pay, while the girls vanished round the back somewhere, presumably to compare notes, or whatever they do when they vanish.

Elias asked him if he felt OK now, and 'Oxen' replied, somewhat grumpily, but with a twinkle in his eye, that yes, he was fine and wasn't Elias a lucky man, to which, Elias, for once, stood firm and just grinned.

"So you've got plenty of work on then Oxen", he began, as the till started to whir.

"Got to admit Elias, that indeed I am busy but the employment situation is just not right at the moment!"

"Not sure I understand that", replied Elias, "there's lots of chaps after work round here!"

"Oh, I know that", replied Oxen, "but they want far too much money for unskilled work; much more than the minimum wage all the time, and there are all these Kossovans, and other Mid-Europeans, can't speak a word of English, coming over here and will work for nothing! It is an interesting situation, I can tell you"!

"But Oxen", Elias replied, "how do you know these newcomers are taking all the jobs then?"

"Because I'm employing 'em all that's why!" replied Oxen, hefting the bag of plaster under his arm, and signing on the dotted line...
Posted by Sen. C.R.O'Blene at 7:14 am 13 comments:

So this is the way that we promote Thud's fabulous band, and if just one more gal/guy forwards all this to her/his chums, Ellery Bop will become a sensation again!

(Actually, Elecs started all this, and he has much higher ratings than me, so just let it all happen for Thud through the er -  ether eh...?)

Goferit Thud; send us some more magic tracks that man!

We've been watching the TV programme 'The 70s', recently, and despite the usual anti-right whinges the BBC usually manage to inject into most progs of this type, they do have some pretty good archive material. 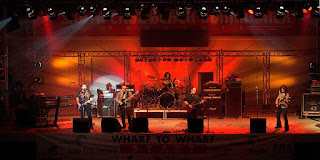 The latest episode began with this this iconic song, and I suppose, when it came out in 1976, it was a good subject to ponder with a young family, a new house, a new job, and only married a few years as well...