Quite a few years ago, Scrobs Senior, in his engineering job in hop-growing, was visiting a German city with great brewing credentials. He flew to somewhere there, probably Munich, with the MD, to assess some business deal or other - I don't really know what it was about, but he often went round Yerrrup to find better ways to grow hops for Guinness.

The MD was a retired soldier (JB) with impeccable credentials, and although I'd like to mention his name - which is chronicled in several books and stories, I feel that I won't this time, but will just mention that despite his illuminating and courageous career, he finished up with a wooden leg from his wartime injuries. He and Dad were very good friends as well.

When they were boarding the aeroplane, Dad was following his boss up the steps, where JB had to 'dot and carry' with a barely recognisable, but stumbling gait which he hated, but it was a necessary manner he employed to move forward. They reached the plane's aisle, and in the melee of air travelling, JB stumbled and gently pushed into the person in front of him. That particular person turned, and instead of wondering, and understanding why he'd been interrupted in his search for his seat, chose to shriek and swear at JB in uncouth terms.

Dad immediately surged forward and belted him, and had to be restrained by JB. "Leave him Phil, just let him go", was the restrained gentlemanly response from JB.

So Mr E. Burden, your copybook was well blotted that day, and I'll never forget what a little git you were then, and probably are still.
Posted by Sen. C.R.O'Blene at 8:10 pm 12 comments:

Has anybody got any ideas on how to change this so that chums can actually respond?

People like Blues on Wordpress might know the answer, but when I turned it off, I got all sorts of trashy spam!

Blogger have had my comments, as has some bloke in the US, who is more forthright than me, and seems to know his stuff...

If you two want me to turn it off, then of course, I will, and fart around with the spam as and when!
Posted by Sen. C.R.O'Blene at 6:00 am 5 comments: 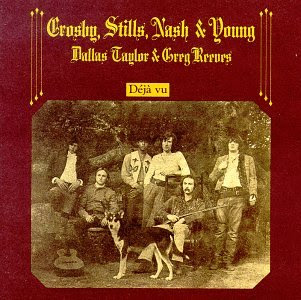 I'm selling off my old vinyl collection because we got rid of the music system years ago! 'Scrobay' does a good job in knocking out things like this, and you can sell almost anything if you have a mind to.

While wondering what was on each disc, I just stumbled on this track, which is an absolute favourite!

Great remix, and with a fabulous guitar riff by Stephen Stills, (at about 2.30) and some nifty attack, flanging, reverb, and delay at one point... (Scrobs knows all the right terms, but not necessarily in the right order...)!

(I knew you wouldn't believe me on the title...), but it works every time you have a trio to refer to, like Morcambe and Wise (that's a duo - Ed), Laurel and Hardy (another duo, twit - Ed), Brown Balls and Cooper (I'm spiking that last term, they're unwanted on voyage - Ed), but you get the picture I'm sure...
Posted by Sen. C.R.O'Blene at 7:50 am 9 comments: 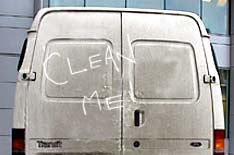 As is my wont of a Friday lunchtime, I spent a couple of happy hours in the generous company of my old friend, Elias Sagtrouser, who as both of you know, is a purveyor of materials for building, painting and roofing.

Elias can hold several people in awe with his unlikely stories of commercial mayhem, sales strategy in the drainage industry, and the occasional felonious activity which he has to deal with in his own particular way, often with the administering of the back of his hand and a verbal oath.

So, as he ordered yet two more pints of 'Old Winter Drawers', (ABV 5.8), he tipped his trilby hat further back over his head, and began to regale me with another yarn concerning the goings-on in his builders merchants main shop.

Elias was behind the counter with Meccano, his son. Meccano is very deaf. Well, he can hear extremely well, but his habit of having his Ipod earphones poked in his ears all the time, renders him incapable of understanding anything, while his latest band, 'Bloodgutter', are pounding out some rather disturbing heavy thumps and squawks. In fact, Elias can tell where Meccano is in the shop at any one time without even looking up from his till, as he not only hears the 'Pmph pmph pmph' over a distance of about fifteen yards, but his son also has the irritating habit of drumming with anything bonk shaped, like a hammer, on anything which is hollow, like a 5 gal steel container.

So, Elias was serving a customer, while Meccano's ever-loving squeeze, Toniatellene, was doing her usual trick of bending over her desk, and attracting several pairs of hungry eyes towards her rather voluptious cleavage. In fact, Toniatellene manages to show quite a lot of her 5 ft tall frame at any particular time, either by leaning forward as described, or by bending down towards the back of the shop, to retrieve yet another pile of invoice forms. Again, the various eyes glitter and wander, and Elias has to discuss ways of paying attention to his customer in words which are not printable in a family story like this.

While the customer was collecting the items he'd just bought, Elias noticed a well-known local man enter the trade counter area. 'Nibble', is a veteran handyman, who does the odd job for unsuspecting people, and charges cash, usually lots of it, for a job done with little skill and efficiency. But he gets by, mainly because he also has an unfortunate felonious habit of picking up items and somehow forgetting to pay for them. He also has the original version of irritable bowel syndrome, and has a perpetual smell of broken glass about his general location. The condition is actually down to an addiction to cheap Chinese food, and several cans of value lager, and you can usually tell when he is in the vicinity by virtue of the lack of clean oxygen.

Now it also happened, that Elias's ever-loving wife, Gloriette, was also in the shop that day, doing a little tidying up, filing etc, and also bringing in the staff sandwiches, which she says are better than any they sell down at the garage, and anyway, nobody stops working at midday because there's money to be made.

Gloriette in her youth, used to look as though she might, often did, and occasionally wished that she hadn't, until she met Elias, and over a period of several turbulent, perspiring hours of heaving constructional bliss, she became besotted in the knowledge of expanding drain spigots, brass couplings and nylon bushes. They married soon afterwards. (It is also a well known urban truth, that when Gloriette is in the shop, the yard immediately fills up with Jeeps and there are white vans parked on the double-yellows in most directions, and a roaring trade is experienced by all).

Gloriette nodded Elias in the direction of Nibble, and Elias nodded back. The nodding was also recognised by Toniattelene, whose various bits also began to resonate in anticipation, so with Meccano also gyrating and percussing somewhere down by the spanners, there was quite a lot of movement going on.

Gloriette saw Nibble pick up a small box of cable nails from the shelf, and at the same time, he also trousered a rather natty electronic measuring device which normally retails at £60.00 plus VAT. Elias also noticed the item disappearing into the side pocket of Nibble's dungarees, by virtue of the reflection in a strategically placed chrome-plated lavatory seat, which was fixed above the electrical section.

So Nibble approached the counter with his usual shuffling gait, and waited for his turn. Elias said a hearty "Good morning Nibble" to his customer, and proceeded to ring up the nails on the till.

"So it's three pounds for the nails, and also sixty notes for the electronic rule, then Nibble", he said staring meaningfully at the unfortunate little man.

Nibble immediately began to vibrate with fear, and of course, his self-inflicted medical condition also began to manifest itself in no uncertain terms, and he let rip one of the most excruciating blasts of wind that anyone had ever heard, which whined and squeaked for several seconds.

Elias remained totally impassive and exclaimed, "Plus a tenner for the smoke alarm"...!
Posted by Sen. C.R.O'Blene at 5:27 am 25 comments:

For some time now, I've wondered why I think of Led Zeppelin every time the ultimate business guru of the universe, Robert Peston, appears on TV to impart fragments gleaned from his huge personal knowledge of running global conglomerates and multi-national companies, and that vast experience, combined with understanding the intimate details of intricate trading experiences in diverse environments, is allowed to drip through our screens.

We are expected not to stare at the screen too much, because presumably, we are bowing our heads in wonder for most of the few seconds he is delivering his perfect analysis of everything that is wrong with commerce.

But this is why I always think of Led Zep...