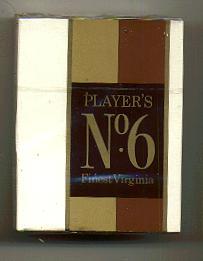 Just today, Mrs Scrobs and I attended a subjective buy-in at Twongos, as we can get double points, and I get a two hour pass from BPs into the bargain.

While we bought several items of necessity, like corned beef, and also some 'three-for-ten notes' meat, we realised that we would also want to get some petrol for the journey home, and the lady on the till kindly obliged with a 5p discount per litre ticket, which was a generous gift from Mr Cohen's family, and much appreciated...

So, into the petrol station we went, and while proffering the dosh for a paltry mortgageable gallonage of motion-lotion, I vaguely scanned the cigarette shelves behind the tills.

When I was a learning to be something or other back in the nineteen-sixties, they cost nothing like that, and the sum of four shillings and seven pence (23p) springs to mind for twenty Gold Leaf, or Embassy! Mrs Scrobs smoked Piccadilly, and they cost a penny more. I graduated onto Three Castles Tipped, and they were a couple of pennies more as well, but then, we were quids in as we were getting married, and the tax-man was going to see us right, wasn't he...?

£7.80 works out at about 39p per fag, which seems quite a lot to an ageing old ex-smoker like Scrobs, who used to ruin the various alcoholic places of iniquity by smoking a Falcon pipe for ages! Blimey, it was a huge stoppage when I gave up, it hurt like hell, and Mrs S supported me and gave up as well, and we immediately (well nearly), bought an early computer and paid for a holiday! Nowadays, just four packets of fags would pay for our entire food bill, and more!

On the way home this evening, we saw a schoolgirl gawping at a mobile phone, and sporting a very long and expensive cigarette. Jail bait I'm afraid. We carried on, and just crossing the road, we both felt particularly old, until I saw a 20p piece on the pavement outside the pub, and being a generous-hearted sort of bloke, picked it up and pocketed it.

It only took a few seconds to realise that back in the olden days, that 20p coin would have bought 20 Number 6 plain ciggies, in the familiar small brown packet...

Ah those were the days, when you could buy 5 Park Drive and even buy ciggies in singles down the corner shop. And Jubblies seemed bigger. Huuge. And TipTops.

You used to smoke a pipe? Thank goodness you don't have a beard as I'd come over all unnecessary.

I'm considering complaining about MTV on constantly in the dorm at school - not the attitude I want my son to have towards women. But I can't get on my blog! How annoying. Looks like a trip dow the library for me today then....

As a good example of the attitide I mean see Tip Drill by Nelly on youtube.

Ha ha ha Pips! Never had a beard, although I tried a tache for a few weeks ,and nearly put my jaw out of joint, trying to stop the itching...!

Pipe was a real beast, and I got onto smoking one seriously, when Mrs S was pregnant, and couldn't stand the pong of fags!

I'm afraid I can't comment on MTV, because I've actually never heard of it! Is it the one in Dire Straits' song?

If I had known you were going to do a post about ciggies, I would have saved that little tune from a couple of posts ago especially for you. Might be worth adding it as an update to this one?

Now you will have all the smokers after you telling you not to interfere with their disgusting and expensive habit. Leave them to it, but I do wish they would not light up next to me while I am enjoying a chunk of black forest and a coffee.

Having just spent a few hours looking at sites in Maidstone, I can easily mention that the stink of fags in this (now) rather unpleasant town is so prevalent, that I wonder why I go there even...

I really should be looking to investors' alignment with this sort of development, because, the money just ain't there at the moment.

Ds and Es don't contribute that much, but we have to try...

We pay for our sins one way or another it seems.

Oh yes, I remember those days - when the slightest whiff of cigarette smoke would make me heave. Sympathise completely.

Happily I got onto my blog - hurrah! Looks like I found a way :-)

Reevers - if you or anyone wants to view then just drop me a line.

Just over a pound a packet in Croatia the other day.

Yeah the fat chick in this pic really spoils it doesn't it, Weekend Yachtsman?

Agree with you Scrobs. When I were a wee lad we had relatives who lived in Sheppey. When we stayed with them for the summer hols, we used to take one of those odd-shaped green and gold buses up to Maidstone for a day out. Vague memories suggest it was quite a pleasant country town in those days.

Fast forward some 40+ years and I find myself enjoying a brief, but necessary, sojourn in the Medway towns - a mere hop, skip and jump over the hill to Maidstone. I made one visit in the two years I was there, was not madly impressed by what I saw and never went back.

Thanks for the offer Pip, but I think I will pass your kind offer. I already have far too much to read than is good for me! But I do enjoy your comments both here and elsewhere when I come across them. Stay well.

Know what you mean, Reevers I've just done my first blog post in months. Although it would have been nice to have someone read my blog after Kev told me to F---off. But I understand - life's just too short!

Found 20p did you? You had a better week than me, then!

Thud, I always try not to be a reformed smoker, but it does seem to smell more than somewhat these days, and our kids are paranoid, although they were nearly as bad once...

You were on holiday?

At this time of year?

Mr Bachelor, I felt like I'd won the lottery, I can tell you!

Maidstone seems to have gone the way of many county towns Reevers, I'd never really cope with being out late at night there any more...

I'd be asleep by then anyway...