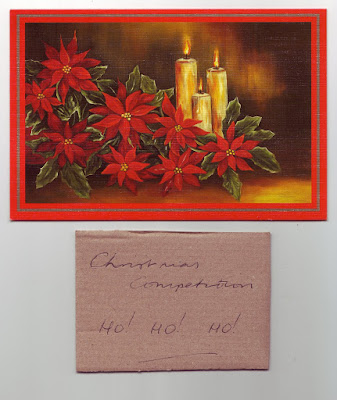 As was kindly pointed out by Nick Drew, the 'Scrobs' site is going through a 'low anticipation sitemeter non-spike situation' (i.e., not getting to the people), so as is often the case, I can only regrope, (or perhaps regroup) and while I'm doing that, how about a competition?

As BT (until I got rid of them), and others were continually sending me new mobile phones to use at my expense, the issue of ringtones became more pressing. I once mentioned to Lils that I had the opening bars of 'Dirt Farmer' on my phone for several months, and it usually turned a few heads on the train. She offered a few other suggestions which are great of course (well, she and Elbers have enough tracks by 'The Grateful Dead' to last until Easter Sunday, 2067, so she does have some serious knowledge in that department), but yet another new phone demanded a further change.

So I went for the start of a record which has always been a favourite, and lately, I still feel that it is an iconic reminder of earlier days in the sixties, when the world was one's oyster (see Scrobs passim). I just love these few bars!

If anyone hears this on a train, then by all means come over and say something like "You are Scrobs, and I claim my five splonders"! (It might not be me of course, in which case any embarrassment must be borne by the perpetrator, but if it is, then expect a huge hug, especially if you are a lady, when you might get two or more)!

So, back to the competition. It has several categories, and a complicated scoring procedure will ensure that only one person will win, rather like FIFA run their competitions for the Whirl Carp. Take your time, write on both sides of the reply box, and make sure you bring a pencil sharpener and a rubber (or even just a 'sharpener' if after the witching hour).

1) Most memorable opening bars of any piece of music. (my ringtone is my best example for the time being).

2) The earliest moment in any performance either live, or studio, in a piece of music, when the congregation realise what they're going to get. (Echoes - David Gilmour in Gdansk for me; it takes a nanosecond after Rick Wright's 'plink').

3) The biggest cheer at the end of a live performance, when everyone is ecstatic ('Fool's Overture'; Supertramp, 'Live in Paris', or 'Cinema show'; Genesis on 'Second's out').


(Editor's note - Sorry Nick, this is all I can do for the moment. I will try harder next time, but what with the snow, and the economic depression and bastard troughing politicians getting uppity, and students chucking bricks at everyone, the world is in some turmoil, so, best to just quieten things down a bit, and ask the other two readers what they think...)

pps - What do you think of the economy poster at the top; rather dapper don't you think?
Posted by Sen. C.R.O'Blene at 7:17 am

Anything that starts with Dee Dee Ramones, 1-2-3-4 does it for me and as most of their tunes sound the same recognition is redundant.

I heard the opening of this being used as a ring tone the other day...fantastic, especially the laugh...

If I hear that on a train shall I stop driving it and come through into the passenger compartment ?

You'd have to giggle at that Lils, and perhaps start talking to the person next to you - even in London!

Tommy Cooper could just walk on any stage, say absolutely nothing, and, get everyone laughing - I loved his humour!

Now 'Satisfaction' is definitely iconic here Lils, because that was the most played 45 on the juke box in the holiday camp a chum and I went to a few days after leaving school!

Definitely an 'oyster' song, as you may have guessed from the old posts on the subject!

I'd rather hoped you would Elecs!

How about Staplehurst next week?

BTW, that is the station Ian Hislop is always banging on about on HIGNFY. In fact, Wayne and the lovely Polish/Russian lady there are the most friendly and obliging people, and always have a good word for everyone.

I haven't got a clue what my phone ringtone sounds like nor do I care,am I just a miserable git or have you lot got nothing more important to think about or do ,just a thought.

1. Well it's a toss-up between Beethoven's 5th and Grieg's piano concerto but I'm going to go with Beethoven (even tho I'd love the Grieg as a ring tone)

3. I'll go with Pavarotti: "His major breakthrough in the United States came on 17 February 1972, in a production of La Fille du Régiment at New York's Metropolitan Opera, in which he drove the crowd into a frenzy with his nine effortless high Cs in the signature aria. He achieved a record seventeen curtain calls."

Henry, you're never boring - unresponsive perhaps, but that is solely down to the fact that you never hear your phone ringing...

Pips, this is a serious attempt to bring some class to this site, and for that, of course, you get extra points!

About tenors; we were in Tesco in Hastings a few weeks ago, and some lady was playing a superb tenor piece on her car system. It was some of the finest singing I'd heard for a long time, and while Mrs S was beating up the cash machine, I tried to chase the said lady to find out what she'd been listening to!

Alas, lady with few years on her clock travels faster on Tesco car park than late middle-aged idiot with seven shopping bags and a handful of keys/coins/glasses/money-off vouchers/two trolleys in tandem.

I have always been rather keen on dring dring.

Well, I'll go to the foot of our stairs!

I cannot believe it is so long since we all sat round the kitchen table, poring over a 1955 instruction manual for the long wheel-base gearbox flange vestibule, and drinking huge quantities of Belgian Wincarnis!

My ring tone is church bells.

It's not that I'm particularly religious, it's because Dr Lakelander used to be a bell ringer.

And it gives those sitting near to me a bit of fright every time!

The inner head banger in me would really prefer this

Bad link...it was the opening riffs from "Sweet Child o' mine" by Guns 'n Roses.

That is a fantastic ringtone, and the prize is yorn...