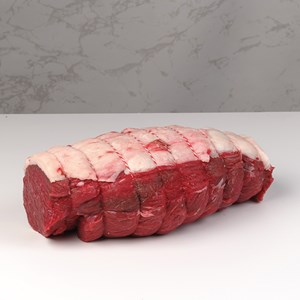 About forty years ago, the Scrobs Family moved to their first house in our village. It wasn't a huge place, but was semi-detached, had a decent garden, and, because it had been 'unattended' for several years, needed some desperate TLC.
Of course, it was a labour of love; the girls were still quite small; I would be up in London most days, and we worked our socks off each evening to decorate, mend, build and tincturise as we've always done before and afterwards!
When we'd moved here, Senora O'Blene knew more of the village than I did, as she'd worked as a teacher here for some time, and had lived in various 'digs' locally. We just loved the place. It was in a quiet lane, the car was safe outside, and we could just afford the mortgage, so all was well.
After a few days, we started to venture forth to visit the various local shops, as we were in need of such items as bread, ham, beer etc. The first place we went to, was rather quaint. It was the local butcher, and being somewhat suspicious of 'country' shops, I wasn't over-happy about going there, but as they were near neighbours, I entered the shop with nerves a-tingling...
How wrong could I have been! The family there were an absolute delight! We got to know them all personally, and whenever I went in for the Sunday joint, David (the butcher), would wink and suggest a beef cut, which he 'knew', would meet our money, and the one I best remember, was a 'Leg of mutton', joint. It is as the pic above, and while it definitely isn't 'yer actual' sirloin or fillet, it was a fabulous joint to roast and carve!

One abiding memory of David was his habit slapping his huge knife down on the joint while he called to his wife, Margaret, who sat in a glass cupboard nearby and took the money, 'That'll eat well'! We knew he always gave us a discount, as the price list above the chopping blocks was totally incoherent!

We miss him dreadfully...

We visited a new local butcher today and bought a steak and stilton pie. Really good so we'll be going back.

That's one heck of a mixture, Mr H!

Senora O'Blene used to make a fabulous steak and kidney pie, but always minced the kidney so that the girls couldn't complain...

My last bill at our local butcher came to £60.00... It will last us until summertime!

Had a lovely trip to our lacal village butcher last week, a very old village called Ashwell, where the church has grafitti from the black death, 1361 and a roughly carved image of a cathedral which is apparently the old St Pauls before the great fire.
Also worth checking other grafitti from days of yore, all in latin: "Barbara is a regular young vixen" "the archdeacon is and ass" and : "the corners are not jointed correctly. I spit on them'
- A criticism written by a disgusted architect.

That Barbara had a bit of a reputation for 'putting it around' then!

How did they connect St Pauls with Ashwell then?

It is a rough carving from someone who must hae visited London, you can see it on the 2nd link, as for Barbara, maybe she had a habit of stealing chickens at night or something...

Hopefully, she got away with it, and that they weren't sheep she was after...

Could have been hung for that!

Note, for our colonial cousins.
Ass = donkey.
Not arrrse. To be said with much rolling, of course, of the Rs.
Read your Chaucer.

In January, the University of Leicester announced a consultation over proposals across a number of departments. It also plans to cut 60 posts, putting 145 staff at risk of redundancy.

Under the restructuring, the English department would no longer teach medieval literature due to "a drop in demand from undergraduate and postgraduate students in recent years".

If adopted, the changes would also mean the university discontinuing BA English with English language, and MA English Language and Linguistics.

The university said it planned to introduce "a range of modules which are excitingly innovative", focusing on subjects such as race, ethnicity, sexuality and diversity.

Its spokeswoman said "decolonising the curriculum" meant "reconsidering how the subject is taught "to make it more inclusive and reflect emerging developments".

"For example, many reading lists are dominated by white authors," she said.

"This ignores many great BAME scholars and also means that BAME students do not see themselves reflected in what they are being taught."

But she said the work was unconnected to the proposed redundancies and removal of courses.

The 21-year-old, who is the course representative for final year English students, said: "We think that [the university has] used this rhetoric of decolonisation to suggest that the English department haven't done any work towards it, and suggest that medievalism and early modern literature has no place for decolonisation in it."

Ms Jenkins also said the university would not allow the English department to poll first year students to find out what modules they were interested in.

BTW Scrobs:
Regarding biased BBC :
What happens when your SSL certificate expires? This.

The answer is death. Swift ignominious death. Ever wonder what happened to Jeeves? Now you know. On the death certificate his cause of death just reads: “certificate expiry.”

SSL certificates facilitate the encryption of data in transit. By installing an SSL certificate on your website’s server, it allows you to host it over HTTPS and create secure, encrypted connections between your site and its visitors. This safeguards communication. SSL also authenticates the server.

As a fully paid up graduate from that famous university in New Zealand - Idontgo, I'm not really sure what she's on about here, but if it means that she wants to complicate issues, and make something out of nothing, then there'll be enough similar airheads getting in on the act!

Maybe she'll finish up at the BBC!

I am tempted to apply to an African University and insist upon their African course to be comprised of cockney slang and the songs of George Formby.