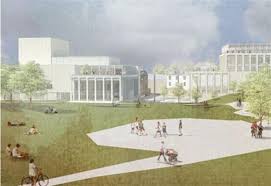 As most good people here know, Scrobs becomes pretty online-benign about politics, (Oh yeah! what
about the stuff you wrote on 'hmphhhhffghe arrghsaaaaagh - let me down; get your bloody haaaands off me'!) except for the few years when the lying, cheating Blair and the incompetent nutcase Brown were devastating the country and also I have to say, our budding business, such that we hardly slept a wink for months on end and lost an awful lot of our own money to pay for their crazy crackpot, leftie, unfunded, tax-payer squeezed, idealistic 'schemes' (scams).

And reading quite a lot in the press these days, whilst easily ignoring the disgraceful leftie bias of the
crap BBC, and their ‘printed dead-tree’ rag-piece, The Guardian, the real pundits, who bother to write serious items, (not just tweet them), are really winning an enormous amount of support for The Brexit Party from just about everybody with a pulse!

I am so enlightened by all this. As everybody here knows, living in a gorgeous county like Kent is
occasionally idyllic, often normal, and sometimes disgusting - you only need to glance over the dreadful local press (before you click off, and see something which isn’t a tribal stabbing, or a load of crooks beating the place up or pinching a money machine with a JCB. That's about all they seem to do)!

I will definitely vote for Nigel Farage’s party next week, and also in the next General Election, and
probably forever, including the time when the local elections come round again, and we can dump the
ridiculously pompous Tunbridge Wells Tory councillors who want to build an enormous ‘people’s palace’, with a crap, ugly concrete theatre, huge offices for councillors to wallow in, and all at the loss of one of the loveliest town parks in the country.

It will cost Poll Tax payers well over £100,000,000! It also most certainly will not go ahead now, thanks to some brave people forming an Alliance party to get rid of the stupid, idealistic fantasies
they seem to have, festering in the Tory group!

I agree it's solid Brexit Party for me and I hope the rest are flushed away down the toilet of history. Especially the Greens - they should be recycled as something useful.

We had a flyer from the Greens today, and it reads as utter hogwash, with patheti, weedy squealings about issues which have nothing to do with the real world!

It takes Brighton to deserve it's 'MP', and having known that place for seventy years, either through relatives, or work, I'm bloody glad I'll never have to go back there again!

Actually, I voted fot the Lib dems in the locals, as they had a cat in hell's chance, but at least were against the ridiculous building in the pic.

She got just over 100 votes, so you can see what they're up against!

Funnily enough Mr G and I were discussing this the other day. At the moment the blues and reds are scraping the bottom of the last vat of wine from the cellars that were left beneath the Houses of Parliament for a rainy day. We think Nigel Farage might just be a breath of fresh air as he seems to have so many fans on board who would be more than happy to act as air-conditioners to remove the farts and odours that have been emitted from various MPs. If any of them need another job they could be employed in making Whoopee cushions as they've had enough experience of how gas works in a confined place. Remember what Guy Fawkes tried to do? Maybe a bonfire of vanities might not go amiss.

Brexit for us as well but back to blue for a general I would imagine.