And the bricks lie down on Crystal Palace... 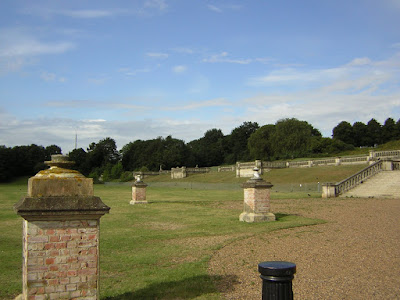 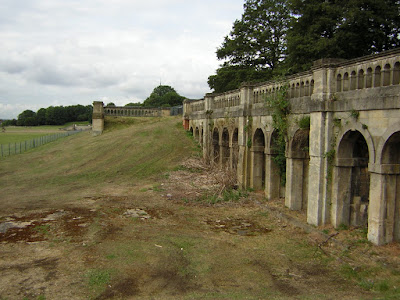 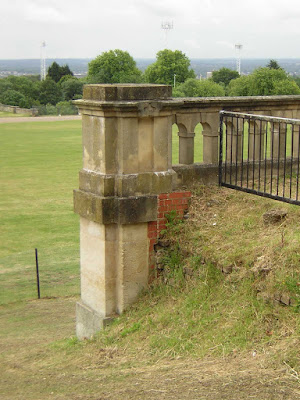 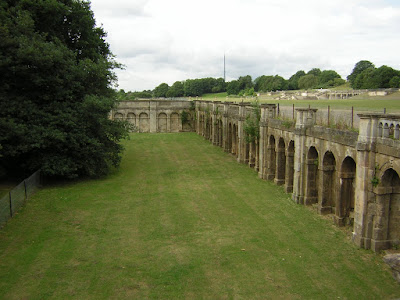 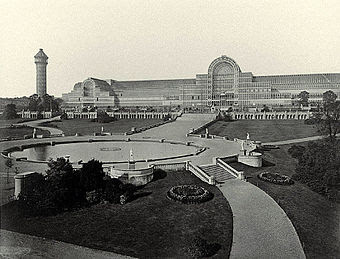 A serious tincture-intake event caused Scrobs to stay over in the smoke yesterday, as there would be pandemonium on all the various forms of transport which would have to be deployed to enable such a late return home (pogo stick, hands and knees, horsedrawn landau etc), so ED generously said 'come and stay with us'...

The next morning, of course, they both sped off to work as is their wont, and after a great chat and putting the world to rights with his delightful Daught, Scrobs was left to his own devices for an hour or so before business restarted for the day.

As ED and EDP live near Crystal Palace, it is not difficult to vault over the fence, and survey the park at a leisurly pace. I've done this on a couple of occasions before, under similar circumstances, and find the place just totally beautiful and inspiring.

To think that I used to live just down the road, and that I'd drive past the place thousands of times without ever venturing inside, makes me somewhat ashamed that one of the much loved buildings (or ruins) of this dear country never got a peek from Scrobs (except for a visit one evening to watch a chum do the high jump in 1969).

Just wandering around the ruins of that great building is a humbling experience. The demise in 1936 is of course well documented, but to me, with the Brownie Box camera slung over a spare limb, it still seems as though the firefighters have just stamped on the remaining glowing embers, loaded up the buckets and hoses, told the people watching to buzz off, switched off the lights and gone home.

I hope the plans to refurbish the place come to fruition one day; I won't hold my breath, as there are more pressing requirements around, like mending the country, but I'm so glad that the army of gardeners keeps it in pretty good shape. It will look even better when they can get rid of the wire netting everywhere, but I just love the place.

As an aside, on the way home, I'd noticed in a road nearby, a stunningly beautiful example of intricate brickwork, which is a whole story in itself, so I'll post that soon.

Meanwhile, the Crystal Palace's foundations settle a little lower, move a few bricks around, and slumber on for another few years.

Lovely to see you both M and M, you recognise the theme of the title no doubt...
Posted by Sen. C.R.O'Blene at 5:27 am

Lovely pics of Early Morning Crystal Pal, probably a little too far from the sea to have ocean winds blowing on the land, and as the Movie Palace aka The Cinema is still in planning stages I'm going to stop my analogy here.

Am sure ED and EDP loved having you to stay x

The argument between refurb and dereliction of a picturesque nature is one with pros and cons on both sides (as can be seen in this months spab magazine) I quite like the gentle decay that our reasonably benign climate engenders.

That analogy could have gone on for some time no doubt...!

I've got loads more pics of the place, and also the next post will show the building I want to own - in my dreams...!

I'm amazed at how much work would have been carried out on the removal from Hyde Park too. Just imagine all the hassle getting the acres of glass across Clapham Common, without the hooligans lobbing stones at it...

As for the decay, the remaining structures just need a cosmetic clean up, and they'll last for centuries.

The days of my youth !

I lived in nearby Mitcham and used to cycle there with my mates quite a lot.

Were they racing back then Elecs?

That must have been great fun.