There have been some amazing revelations about the discovery of the lost city somewhere deep under the River Thames.

Recent exploration by O'Blene Industries Inc, with special cameras supplied by the veteran explorer and provider of exploring requisites, Elias Webley-Bullock, (no relation), has uncovered a huge previously unknown underwater metropolis which may date back even to 1997.

In these grainy images, one can just make out the large buildings which were originally built to house the expense claim forms of the ruling Elders, the enormous tower built by Emperor Blully-Liar, ostensibly to turn into luxurious apartments for his minions, (Toadienses Arsoles), and other members of his sith, (The Despised).

Only now, can these pictures be revealed, (below) as it has taken many months to edit (redact) the computer generated images into some sort of excuse for a reason to enjoy the many grainy films which will be shown/repeated/repeated/repeated/redacted on the BBC (People's Pratwatch) this Christmas.

One can just make out the ugly old letter box which used to be situated in a small street off the thoroughfare believed to have been called Whitehell, the two Jaguarienses chariots (now abandoned), which were used by some fat bloke who was utterly useless at everything he did, and a medieval pig trough, large enough to feed 646 animals. Some of the pictures (grainy), even show a shoal of Blinker Fish which invariably mate with Gulper Fish, but these cannot be shown here as they may include images of children and/or policemen.

Historic records are scarce for this period, as shredders hadn't been invented, well, neither had electricity, so most documents which had to be kept away from the public eye were just burned, together with a few peasants who may have been passing by and used as kindling.

However, the Webley-Bullock Microscopic Zoom Lens actually picked out a scrap of parchment which proved that Scroblantis actually existed all those years ago. What the scrap also explained was the probable reason why the lost city was doomed to the waves.

Scroblantis through the looking glass... 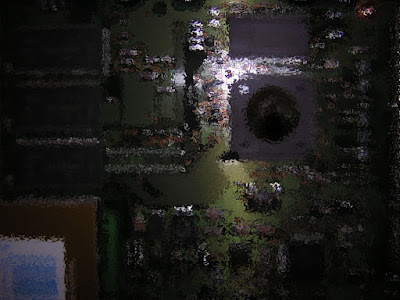 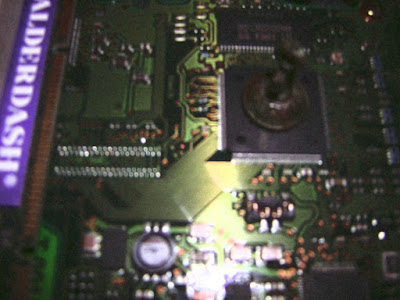 or surreally inventive, I'm not sure which

(wv = inessent, which I feel is spookily appropriate)

Thanks Pips, there's nothing like a bit or reality in these long lost discoveries!

It really is deep in the motherlode Mr D!

'Inessent' is in fact a word which was occasionally used by someone outside several pints of Tennant's Extra Violent 19%, when they are trying to explain to PC Plod, that they are not guilty of being incapable...

It is an extremely sibilant word, and now superceded by the word, plain 'pissed'!

Have a Happy Christmas if I don't drop by before.

I think I have this worked out now. This is a map of Second Life, isn't it!?

Oh it is Elecs, it is..., but fancy leaving an old bit of a computer underwater all those years ago...

You and yours have a Happy Christmas too!

Actually Blues, I'm still struggling with the first one...

Ha ha Scrobs...Well at least you know from whence your ancestors originated!